LANSING, Mich. (FOX 2) - When the State Senate GOP leader Mike Shirkey told a GOP audience recently that he used the word "hoax" in a recorded conversation, the news media reported that he was referring to the violent outbreak at the US Capitol Jan. 6 - but he says he was not.

Today with a firestorm of criticism flowing around him, Shirkey sought divine guidance in Lansing.

"We need your grace and your holy spirit now in our lives more than ever and that's everybody including and especially me," he said leading a prayer.

The senator ends his chat with Lt. Governor Garlin Gilchrist but decided to come back for remarks captured on a hot mic.

In the exchange, Mr. Shirkey says the word hoax did not apply to the riot, but rather who was behind it and he apparently explains that the FBI would find that person. But he also said he stood by his other comments.

Those included talking about challenging Governor Gretchen Whitmer "to a fistfight on the Capitol lawn" and "spanking her" on the state budget.

Afterwards Gilchrist labeled it "his so-called apology that was not heartfelt" without humanity and understanding.

"I'm not interested in even engaging with someone who should be helping lead in this moment," she said. "(He) made violent comments about me personally. I'm going to stay focused. When they are willing to be leaders, they'll find a willing partner in me."

The governor says she's been extending the olive branch to the Republicans to work on the federal Covid spending issue. 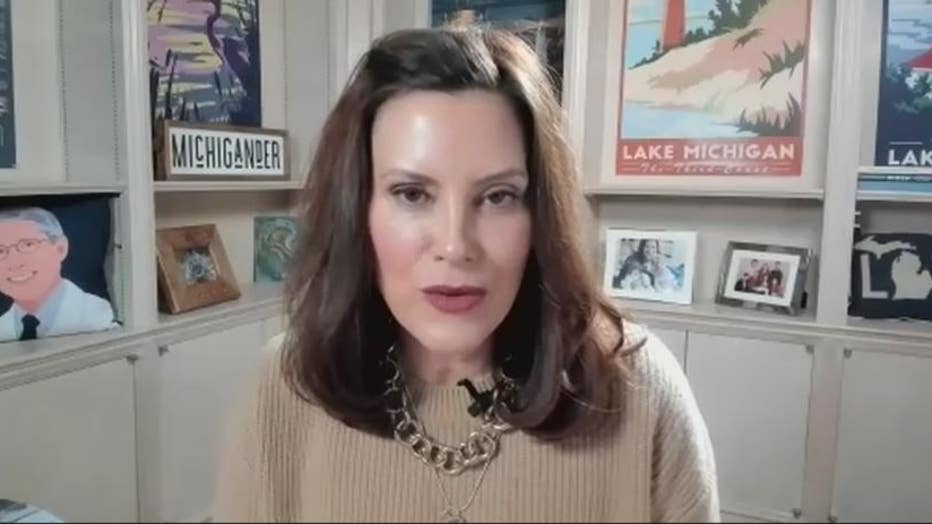 She was also asked if she was willing to forgive the senator for his remarks aimed at her.

"What? Tim, what?" she said laughing incredulously. "The person who the violence was directed at, should reach out to the person who is proposing that violence and ... what? I'm too busy to get caught up in that."

Mr. Shirkey wants to meet in person with the governor to discuss issues. The governor says the Zoom meetings have worked just fine.

"This is a group that hasn't been able to keep themselves safe from Covid," Whitmer said. "So locking everyone in a room right now would be inadvisable for a lot of reasons."