FOX 2 - Michigan was facing a deficit of $3 billion and is now looking at more than that in a surplus - mostly because of federal Covid relief money.

Democrats and Republicans are duking it out on how to use the billions in federal funds and get people back to work.

Michigan was facing a deficit of $3 billion and is now looking at more than that in a surplus - mostly because of federal Covid relief money.

"Covid has been a reminder that childcare is essential," said Gov. Gretchen Whitmer earlier this week.

One of the places Whitmer wants to spend the remainder of billions in federal relief money, $1.4 billion, to expand access to child care for Michigan families.

"That lack of childcare has led to this economic downturn, more negatively impacting women in our economy," said Lt Gov. Garlin Gilchrist. "And it’s something that has even hit my own household. My wife even ended up taking a short leave from work because we didn't have childcare."

FOX 2 spoke 1-on-1 with Gilchrist Wednesday as the administration tries to push Whitmer’s Michigan Economic Jumpstart Plan which would allocate billions in an attempt to boost small businesses, wages, and childcare.

Her plan would set aside hundreds of millions to encourage businesses to increase wages by offering grants to cover the difference between current wages and $15 an hour.

FOX 2: "That program sets aside about $300 million dollars. That in the long-term is not a whole lot of money. Shouldn’t we instead be investing in self-sustaining economic proposals?"

"We’re in a unique moment,.we haven’t seen this moment frankly in generations," Gilchrist said. "And we need to take advantage of those resources. I want that money flowing through the Michigan economy.

"I believe it will be a good bridge to jump-starting our economic opportunity again."

Republicans don’t agree, calling into question Whitmer's plan to pay a bonus of $300 a week to some workers to get back on the job.

"Is it fair to pay those people essentially a bribe, to get back into the workforce? I don't know," said Rep. Beau LaFave (R-Iron Mountain). "I think that may be unfair to those who chose to get back to work months ago.

"But at the same time, this whole economic disaster was caused by Congress for giving the extra $300, Nancy Pelosi for blocking it from being more than they were getting to go to work, (and) exacerbated by Governor Whitmer by shutting down the state economy longer and harder than any other governor in the country." 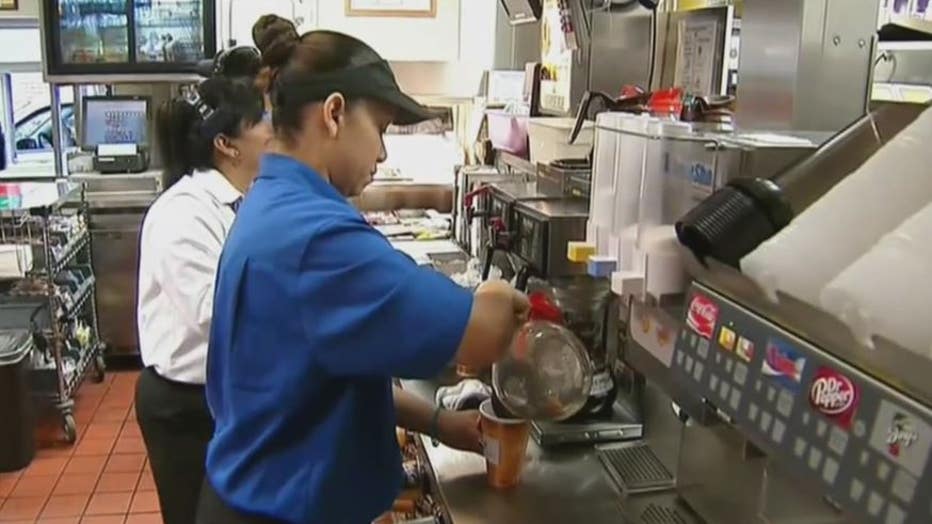 But LaFave concedes it’s a negotiation he’s willing to enter into, to get more people working as unemployment in Michigan remains stagnant

FOX 2 did ask Gilchrist about re-opening the economy. He did not give any specifics, but if the Covid numbers continue to improve, it is very possible the state may reopen fully sooner than expected.