What can be done to stop freeway flooding in Metro Detroit?

Freeways in Metro Detroit keep flooding when it rains, but can something be done to prevent it?

Every major freeway except for I-275 was impacted. This is the third time in less than two months that heavy rain has forced multiple freeways to close.

"It's not once every 100 years. For us in Michigan this year, it's every day," Congresswoman Debbie Dingell said. "We can't live this way."

Power outages from severe thunderstorms only made matters worse.

"It was just everywhere at one time. We got such a large volume of water in a short amount of time and without any power at a majority of our pumphouses we were not able to pump that water off," said Diane Cross, with the Michigan Department of Transportation. 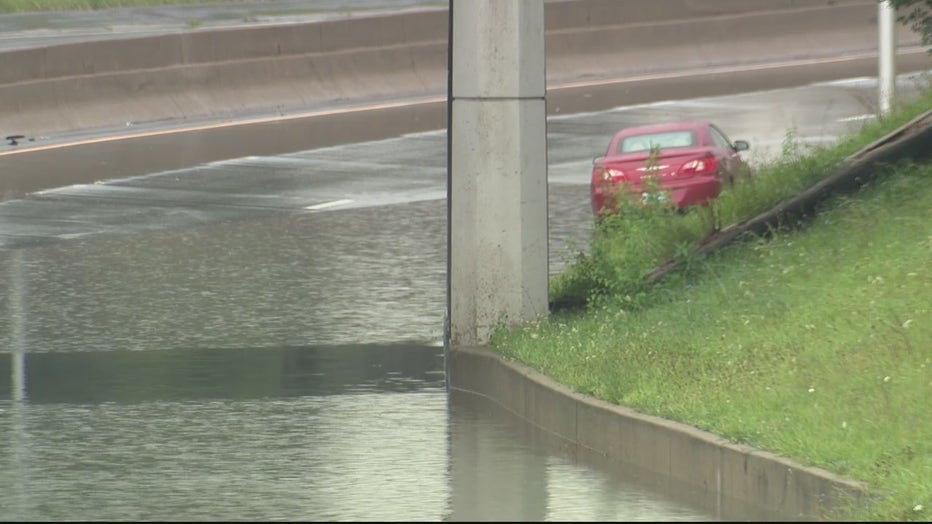 MDOT officials said it would cost about $50 million to put portable generators in all of Metro Detroit pumphouses. There are about 140 pumphouses.

Four to six portable generators were sufficient in the past, but now they are forced to move them around pump stations. Additionally, Cross said the generators require special crews to operate them.

Dingell said a request has been made to the federal government for a grant that would allow about 20 generators to be purchased.

"Last Tuesday I got every member of the delegation to sign a letter supporting the grant," Dingell said.

So, help may be on the way soon, but the question remains whether it will come before the next major rainfall.