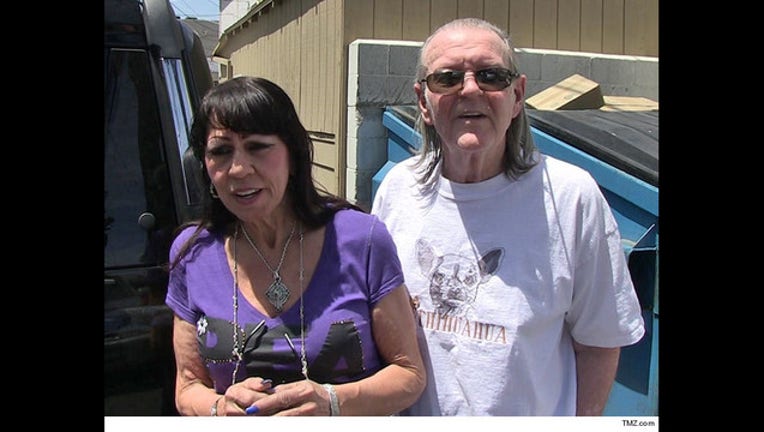 STUDIO CITY (CNS / FOX 11) - The wife of former Eagles band member Randy Meisner was fatally shot in the couple's home in Studio City, and police said Monday the wound was self-inflicted by accident.

Lana Rae Meisner, 63, was pronounced dead at the residence in the 3700 block of Eureka Drive about 7:10 p.m. Sunday, said coroner's Assistant Chief Ed Winter. An autopsy was pending, Winter said.

"Lana Meisner, wife of Eagles member Randy Meisner, was tragically shot with a firearm that accidentally discharged,'' the Los Angeles Police Department said in a statement.

"On Sunday ... around 5:30 p.m., North Hollywood patrol officers responded to a radio call of a woman asking for police assistance for a possibly intoxicated male suspect in the 3700 block of Eureka Drive,'' it said.

"The officers took a domestic violence incident report and left the location.''

About 7 p.m., North Hollywood patrol officers went back to the residence in response to a radio transmission reporting a shooting, police said.

"After a thorough investigation by Valley Bureau detective personnel and the Los Angeles (County) coroner's office, it was determined that Mrs. Meisner's death was accidental. Mrs. Meisner was moving a rifle that was stored inside a case in a closet. As she lifted the rifle in the case, another item within the case shifted and hit the trigger of the rifle causing it to fire and fatally injure Mrs. Meisner,'' police said. ``Mr. Meisner was cooperative throughout the investigation.''

TMZ.com reported that "an hour and a half before Randy called to report his wife had been shot, Lana Rae called 911 to report domestic violence at the house. She claims he was waving a BB gun and `acting erratically.' ''

According to TMZ, the call by Randy Meisner came in to police at 6:59 p.m. Sunday.

"Randy told cops his wife went into another room, closed the door and he heard a gun shot. He says he went into the room and discovered she was shot in the head,'' TMZ reported. "We're told at 4:45 a.m. Monday Randy was taken to the hospital after `acting in an altered state.' ''

According to TMZ, the couple had many conflicts in the past, and Randy's children had tried to get a conservatorship based on his alleged mental instability.