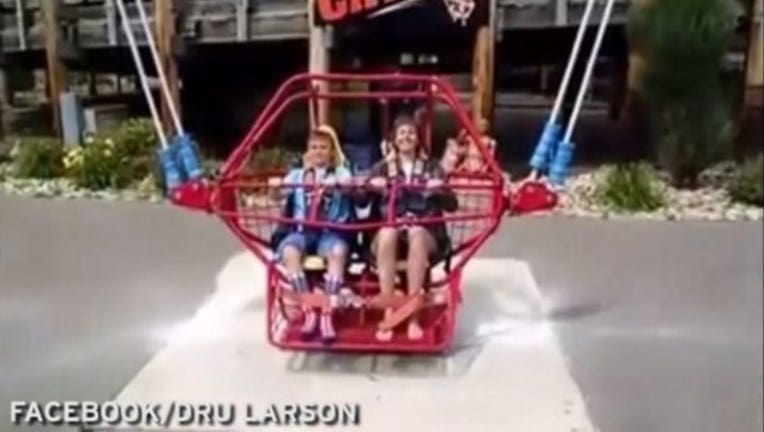 A woman and 13-year-old boy had a terrifying close call Wednesday on the sling shot ride.

Seconds before Trevor Larson and family friend Carrie Sueker were going to be catapulted sky high into the air, the elastic bungee cord snapped.

It happened at the Mt. Olympus Water & Theme Park in Wisconsin.

In the video filmed by Trevor's father, you see the pair sitting in the metal cage anxiously awaiting takeoff.

After the bungee snaps, it takes a second for everyone to realize what just happened -- and then think about what could have happened.

"Thank goodness the guy standing behind them didn't pull the lever to let them go," said Trevor's father. "He was right there."

"The Catapult" ride was shut down for inspection.