DETROIT (FOX 2) - Police say the three victims are in temporary serious condition after being shot - including an eight-month-old infant.

A bullet-riddled Honda SUV sits on Hampshire near Park Drive on Detroit's east side.

One neighbor who did not want to be identified heard nearly 10 shots and says as bad as this shooting was, it could've been worse. There were other children nearby when it happened.

A 25-year-old man, 26-year-old woman, and an eight-month-old boy were inside of it when someone in a black Dodge Ram opened fire on them around 4:20 Friday afternoon.

"When I heard the first round, I came to the door and that was when the second round started," said a neighbor.

A Black heavyset man jumped out of the Ram and ran. He was wearing a black shirt with white striped pants and a black head wrap of some type. The second man inside the Ram drove off.

One neighbor who did not want to be identified heard nearly 10 shots and says as bad as this shooting was, it could've been worse. There were other children nearby when it happened.

"He didn't care for about the babies because there was like four more kids out there on that side over there," the neighbor said. "And he was shooting so I'm surprised he missed the rest of (those) kids. It's bad enough that (he shot the) little baby." 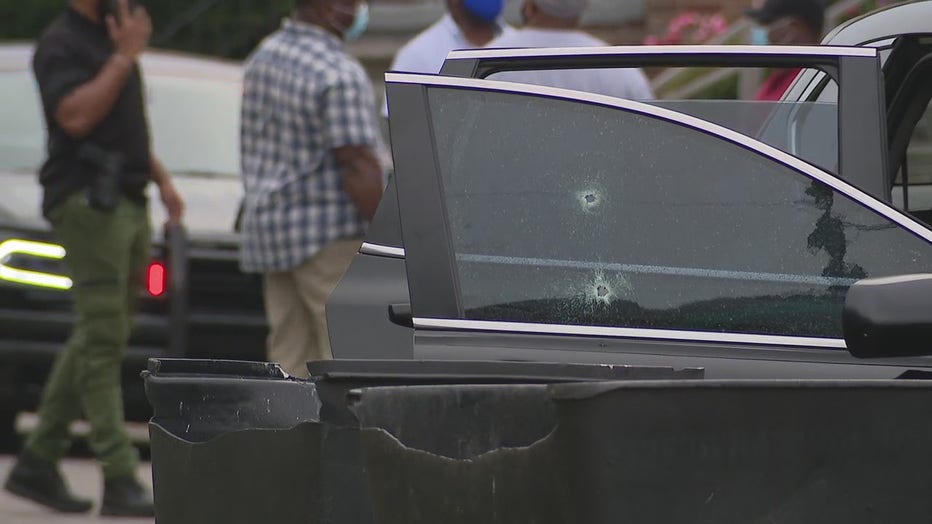 Detroit police are now searching for the gunman.

"It is a black Dodge Ram and it fled westbound on Hampshire after the shooting," said DPD Capt. Garry Johnson. "We are looking for a Black male, he is heavyset and he is wearing a black shirt, white striped pants and he had some type of wrap on his head at the time of the shooting."

Hours before that shooting this afternoon, police say a man in his 20s was found shot to death in that same area on Hampshire around 5:40 a.m. Friday morning.

Investigators do not know if the two shootings were connected. 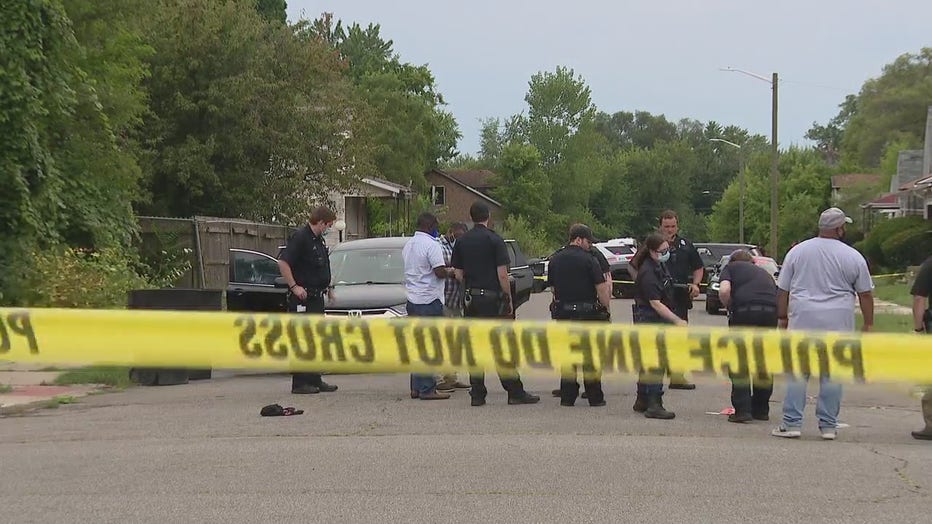