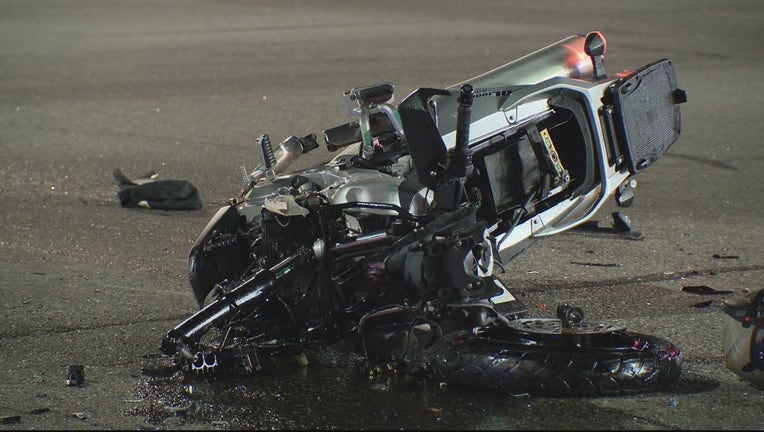 DETROIT - A 31-year-old man has died after crashing his motorcycle into the side of a pickup truck Monday night.

The crash happened on the Detroit-Southfield border at Eight Mile and Lahser when a witness said the motorcyclist ran a red light and struck the truck.

She said the F-150 had the right-of-way when the crash happened. 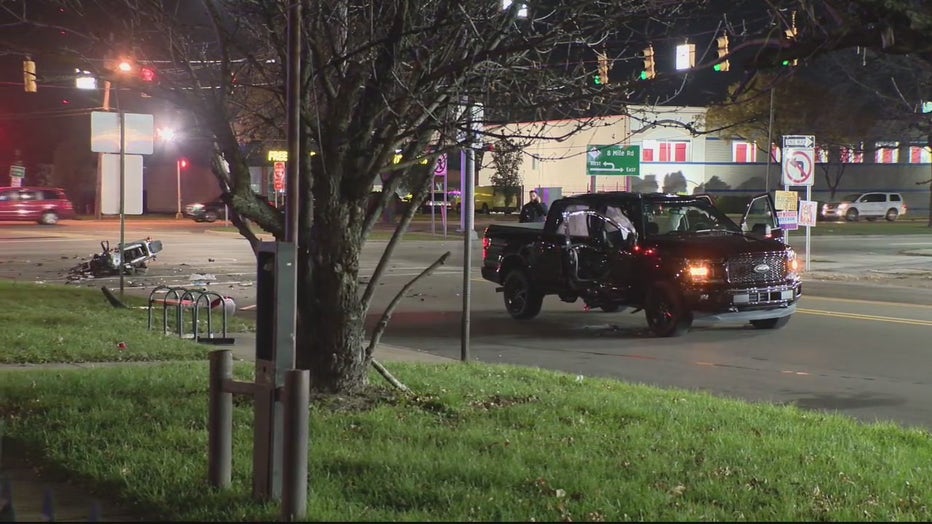 The motorcycle was mangled after the wreck while the passenger side of the truck had caved in.

The 50-year-old driver was not hurt but the 24-year-old passenger that was on the side of the collision has been hospitalized and is in critical condition.