Western Michigan University says its vaccine policy plays a critical role in keeping athletes safe and ensuring they are able to compete throughout the season without disruption.

DETROIT (FOX 2) - The Sixth Circuit Court of Appeals sided with 16 Western Michigan University student-athletes who sued the school so they could play sports without getting a COVID-19 vaccination for religious reasons.

The decision is now binding precedent in Michigan, Ohio, Kentucky, and Tennessee.

"There are athletes all across the spectrum at Western right now and they’re just thrilled they couldn’t be happier," said attorney Dave Kallman.

"We do not doubt (WMU’s) good faith, nor do we fail to appreciate the burdens COVID-19 has placed on this nation’s universities ... but having announced a system under which student-athletes can seek individualized exemptions, the university must explain why it chose not to grant any to plaintiffs. And it did not fairly do so here."

"They can’t kick them off their teams if they can’t force them to take the vaccine if they have a religious objection to the vaccine," Kallman said.

Attorney Dave Kallman is the students’ lawyer and says the ruling is a game-changer.

This is a binding precedent now that colleges cannot require student-athletes to be vaccinated against their will if they have a religious conviction opposing it," he said.

The students will be able to compete without being vaccinated, but other safety measures will likely be put in place-like mask mandates and routine covid testing.

"Which our clients were all in agreement with - doing testing, masking, all those things," Kallman said. "This is not like they’re just saying, ‘Covid doesn’t exist. it’s not a problem, we don’t have to do anything,’ that wasn’t the issue."

The university appealed a lower court ruling which backed the student-athletes, saying Western burdened their free exercise rights by not granting them religious exemptions for the athletic department's vaccine mandate. 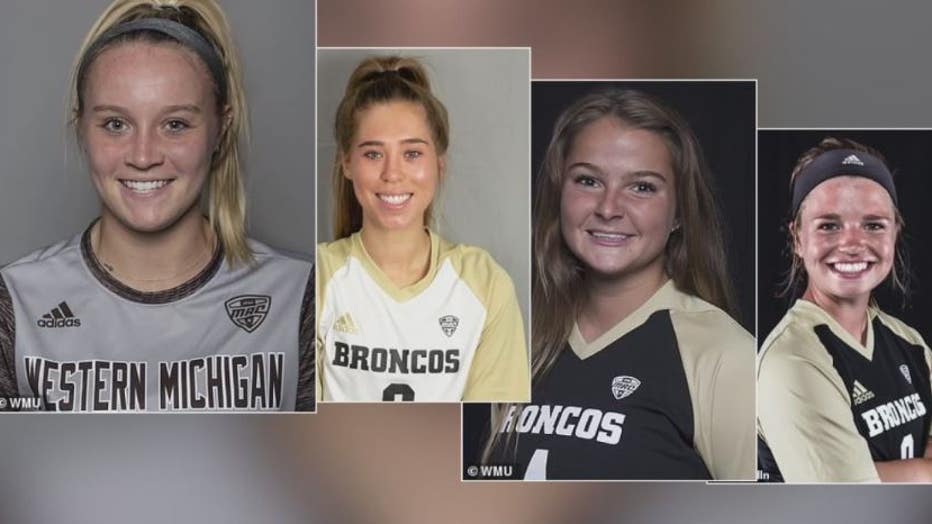 Western says its vaccine policy plays a critical role in keeping athletes safe and ensuring they are able to compete throughout the season without disruption.

Outside the athletic department, COVID-19 shots are encouraged but not required for western students and staff. They, too, must be regularly tested if they choose not to get a vaccine.

FOX 2 received a statement from the university:

"We remain steadfast in our commitment to protect our student-athletes and our athletic program. Our vaccine policy plays a critical role in keeping athletes safe and ensuring they are able to compete throughout the season without disruption. We will continue to abide by the court’s decision and allow the student-athletes in the matter to fully participate in their sport while we also consider our next steps in the case."

Western can appeal this decision and take the fight over this vaccine mandate for student-athletes to the U.S.  Supreme Court.