DETROIT - A woman and a 1-month-old baby boy are safe after the woman's boyfriend barricaded himself in the couple's apartment after firing shots early Tuesday morning.

Detroit Police originally responded to reports of shots fired around 1 a.m. on the 12000 block of Stoepel Street. When they arrived, they could hear the man and woman, both in their 30s arguing and the sound of a baby crying.

Witnesses later interviewed by police say the couple had been arguing all night.

"They went on the porch and knocked on the door. A male voice inside asked 'who is it?' They announced 'Detroit Police Department'," said Cmdr. Darin Szilagy. "At that time, a gunshot was fired from inside the lower flat." 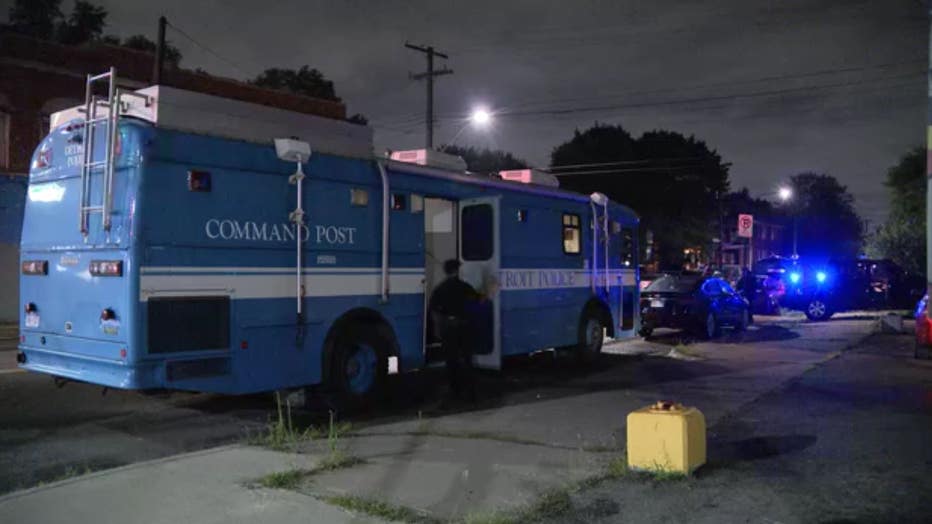 Officers evacuated the porch and took cover, calling on the subject to leave.

Instead, the man, who police aren't identifying at this time, came out of the home holding a carbine and fired several shots into the yard. It's unclear if the rounds were aimed at police, but officers did confirm the shots came from the home.

At that point, a supervisor declared a barricaded gunman situation and told neighbors to shelter in place.

The suspect, who eventually surrendered to police after the standoff, has a history of aggravated assaults, including one charge from earlier this year.

Szilagy said that even when a baby is involved, negotiation tactics with barricaded individuals don't change.

"What changes is nothing. Patience is out no. 1 tool. We negotiate, negotiate. negotiate and we're prepared to take action if we thought that woman or that child was in immediate danger. Luckily, we didn't get there."

"Patience got us out of another one."

Detroit Police planned to execute a search warrant after the arrest.