DETROIT (FOX 2) - A woman who barricaded herself inside her home with a gun after a dispute with neighbors was taken into custody peacefully early Monday morning.

A barricaded situation on Detroit's west side ended peacefully overnight.

The 25-year-old suspect lives in the upstairs unit and we're told she pulled a gun on the family downstairs and threatened to kill them.

Police were called to the building around 1:15 a.m. in the 12000 block of St. Marys, which is near Plymouth and Greenfield roads.

We're told the neighbors have had long-standing issues.

The woman was inside her home for several hours but eventually surrendered after negotiators called her family to the scene.

When she came out of the home she had her 5-year-old son with her, who's now in the care of a grandparent.

"Everyone is safe; no one's harmed. The arrest happened without incident or force. The child is turned over to relatives and we have a resolution here to this and there's no more issues in the neighborhood," Detroit police commander Darin Szilagy said. 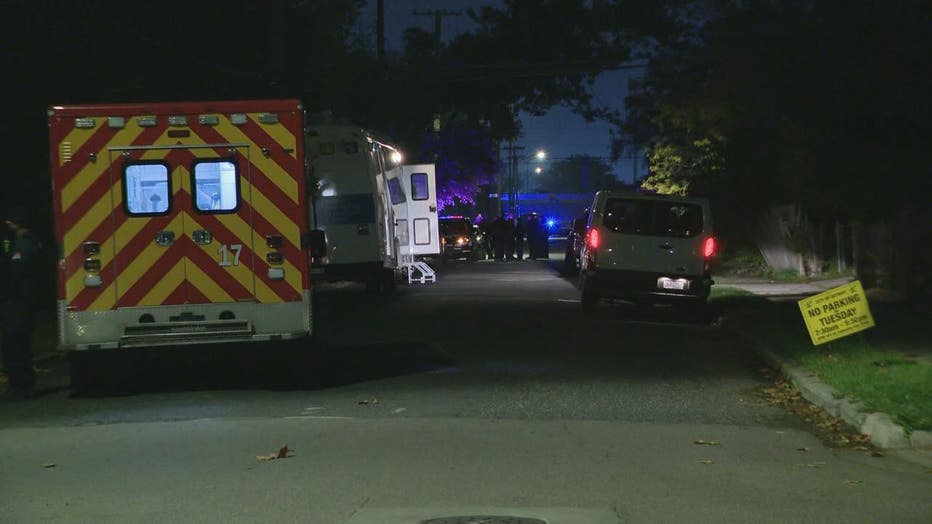