FOX 2 - A woman is arrested after attacking her boyfriend with a knife, but stabbing his dog instead.

According to the victim and a witness, the dog was not the intended target of the attack -  while the dog who ended up stabbed multiple times and required emergency care.

Woman arrested for stabbing puppy in neck during domestic incident

A woman is arrested after attacking her boyfriend with a knife, but stabbing his dog instead.

"I just miss Devilla that's all, I just miss her," said Daishawn Mitchel.

Mitchel's pet dog Devilla is still recovering from an attack. allegedly at the hands of 26-year-old Bridgette Hubbard.

"She stabbed the dog three times in the neck," Mitchel.

It happened at about 1:30 a.m. Saturday. Hubbard was fighting with her boyfriend, Mitchel's dad.

"She called the police on us saying that she is missing an iPhone, an iPad and iPhone and my dad said, 'No that's his, he bought it,'" said Mitchel.

"She started kicking the windows and busting glass in the house," he said.

He says she then grabbed a kitchen knife.

"I was scared because she had a knife - I thought she was going to stab me or my dad," he said.

Instead he says her attention turned to their pit bull puppy, Devilla. 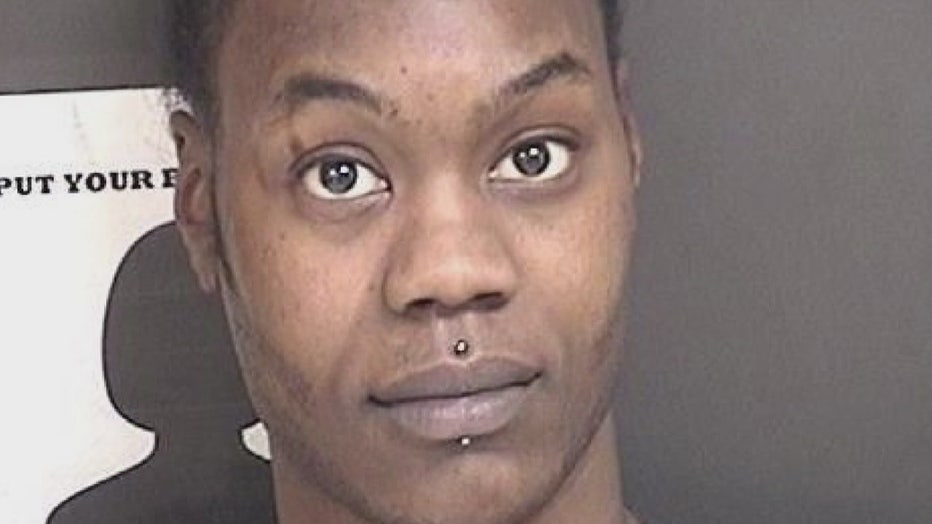 "(She said) 'Since I can't kill you, I'm going to kill this dog,' and then she went into the backyard and stabbed the dog three times in the neck," Mitchel said.

Police arrived and she was arrested.

Bridgette Hubbard was taken to jail, charged with animal torture, assault, domestic violence and destruction of property.  The dog was rushed to the humane society for emergency surgery.

The good news according to the Humane Society is the dog is doing great. In fact, she will be returned to her owner in a couple days.  As for the suspect she's being held in jail on a $15,000 bond.