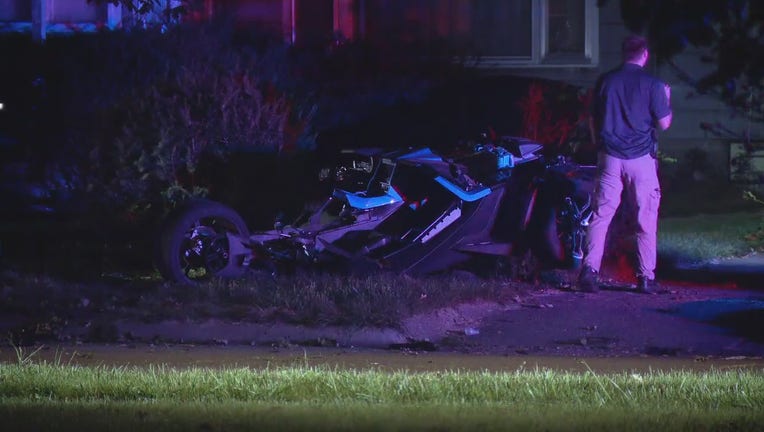 A three-wheeled motorcycle, also known as a Slingshot, after it had crashed into a tree. The driver died shortly after.

DETROIT - Detroit police are investigating a crash scene on the city's west side.

A woman driving a three-wheeled motorcycle in the 15000 block of Trinity, near the Brightmoor neighborhood allegedly struck a tree early Monday morning.

Medics transported the victim to a hospital, where she was pronounced deceased.

She was driving a Polaris Slingshot, a three-wheeled motor vehicle.

The circumstances of the crash are still being investigated.

Anyone with information is asked to please call the Detroit Police Departments Fatal Squad Unit at 313-596-2260 or Crime Stoppers at 1-800-Speak Up.