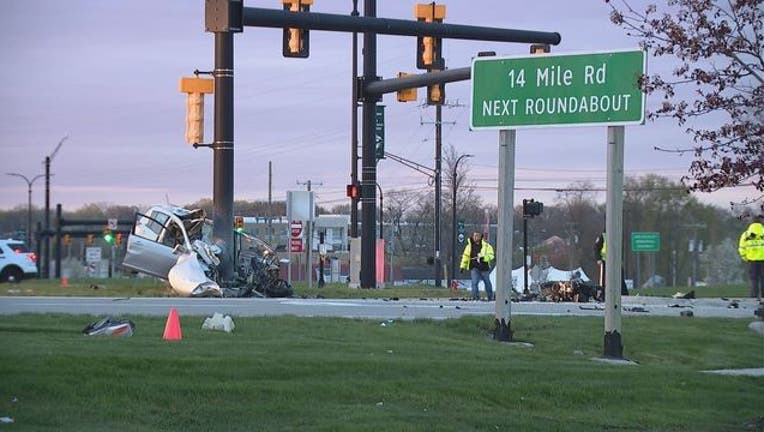 The woman who authorities say fled police during an attempted traffic stop and crashed into a traffic light pole, was critically injured. A male passenger who was in the car also died.

The deceased man has been identified as Mathew Mercado, 36, of Waterford Township. Jazmene Glynn, 24, from Warren, died early Wednesday evening from her injuries.

The crash happened around 4:15 a.m. near the roundabout at 14 Mile and Orchard Lake Road. The road in the area was closed for about 6 hours.

Police say the traffic stop was initiated in Farmington Hills at 13 Mile and Northwestern. The driver did not stop and sped off. Police engaged in a brief chase but eventually terminated.

A short while later, the vehicle was involved in a crash. The driver hit a utility pole at the roundabout. No other cars were involved.

Police have not yet said why they believe the driver didn't stop.