DETROIT (FOX 2) - Family and friends of a 25-year-old woman gunned down on the city’s east side are struggling to come to grips with her untimely death.

"Officers in the immediate area heard some gunfire on Beland, (we) responded to that area and found a female shot multiple times in the street," said Cmdr. Eric Decker, Detroit police. "Of course we requested EMS, tried to help her out, but unfortunately she was deceased."

In addition to the 25-year-old woman, police say a man was also shot. He was taken to a local hospital in temporary serious condition.

Investigators believe the two victims knew each other. Right now police know little about the gunman.

The woman has a young son and was her mother's caregiver.

"It’s very tragic," Decker said. "We don’t have all the facts right now. Our homicide team is here, we’re gathering the facts. We need the community’s help."

According to the most recent FBI crime stats, Detroit remains one of the most violent big cities in the country-coming in second just behind Memphis, Tennessee. 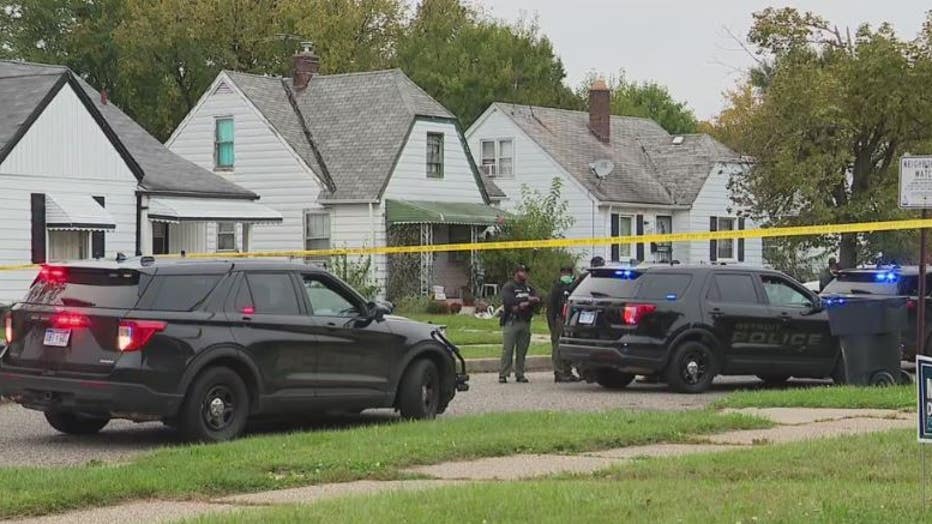 "The Detroit Police Department, we’re doing everything we can to curb this violence," Decker said. "It starts with the guns, that’s why our officers are out here taking guns, putting their lives on the line every day to try to reduce this. But we have scenes like this and … we have a 25-year-old girl lost her life."