It started after she moved into the Barwin Place Apartments in Mount Clemens back in August. She could not turn on the utilities in her name because there was already a balance of $22,000 in it.

Woman gets phantom bill for thousands from DTE

The big bill was from a building at the Anthos Garden Apartments complex on E. Outer Drive on Detroit's east side.

Greene says she has not lived in Detroit for more than a decade. And neither has anyone in her family, and she says she certainly has no connection whatsoever to that apartment complex. 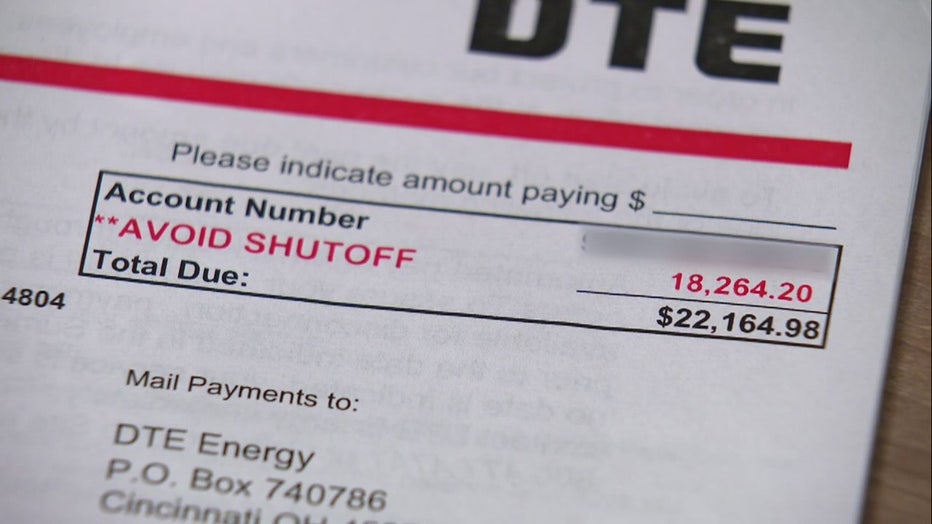 Greene went back and forth with DTE for months. In the meantime, she kept getting shutoff notices for the apartment building on Outer Drive and the balance kept going up. It went up to $28,892, to be exact.

"I was like, I don't understand, why do I have to pay? Why are you all continuously sending me this bill?" she said.

FOX 2 reached out to DTE with the same question. They did some more digging and are now canceling Greene's $28,000-plus bill, a spokesman saying it appears she was the victim of identity theft.

It was something Greene always suspected and told DTE from the beginning.

FOX 2 contacted the apartment complex but have not heard a response yet.

This story is seemingly far from over, stay tuned.

But in the meantime, Greene is relieved to have gotten some answers.

"I'm so glad," she said. "I'm just, like, this is a barrier that I don't have to worry about anymore. I'm really happy about that."