A woman was crossing the street in a Grosse Pointe Park neighborhood Friday when she was hit and killed by a recycling truck.

GROSSE POINTE PARK, Mich. (FOX 2) - Neighbors in a Grosse Pointe Park neighborhood are reeling after a tragic accident claimed the life of a 68-year-old when she was hit by a recycling truck Friday morning.

Police were called around 11:15 a.m. on Friday to Somerset ave in Grosse Pointe Park where the woman was hit by a Green For Life recycling truck while trying to cross the street.

Neighbors like Antoine Herrell said they were in complete shock about how she was hit.

"We found out that it might be one of the residents who got hurt that she seen getting CPR, so it’s still kind of unsure right now," he said. "Was she not paying attention? Did he just not see her? There are a lot of questions." 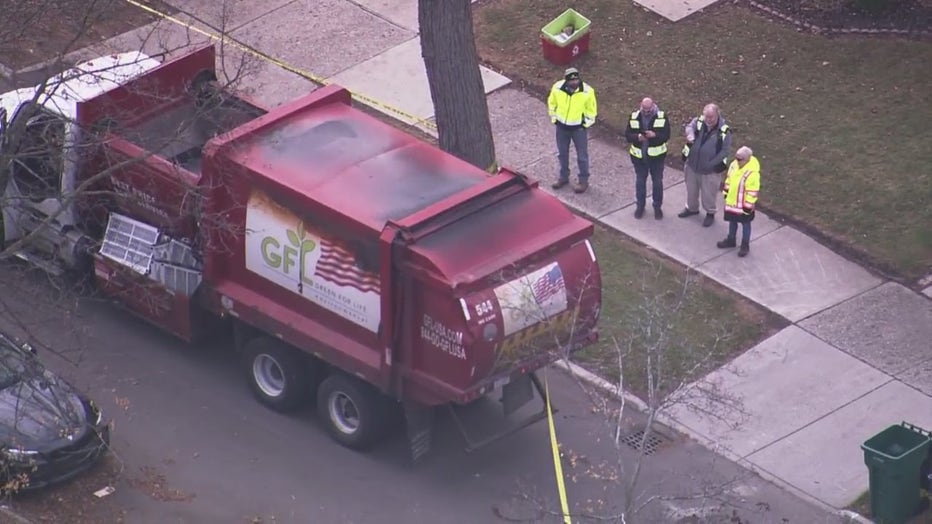 Herrell and his family have lived on Somerset for 13 years and said their neighborhood is typically quiet, safe and family-oriented.

Fridays are their normal trash and recycling pick-up days are typically dependable and never hazardous.

"He’s usually earlier, I usually see the recycle guy when I’m leaving out for work around 7 or 8 o’clock in the morning, the last maybe month or so everything’s been later probably because of the holidays," Antoine said.

The woman, whose name was not released, was taken to the hospital but could not be saved.

Investigators say they have informed her family.

The driver and company are both cooperating with police, The investigation is still ongoing.