WARREN, Mich. (FOX 2) - One woman was killed Monday morning when her Volkswagen Beetle was t-boned by a pickup truck on Van Dyke between 13 and 14 Mile in Warren.

According to police, the woman was hit in her car around 6:30 Monday morning as she was heading north on Van Dyke, just past Chicago Road. Police said her car drifted across to the opposite lanes. 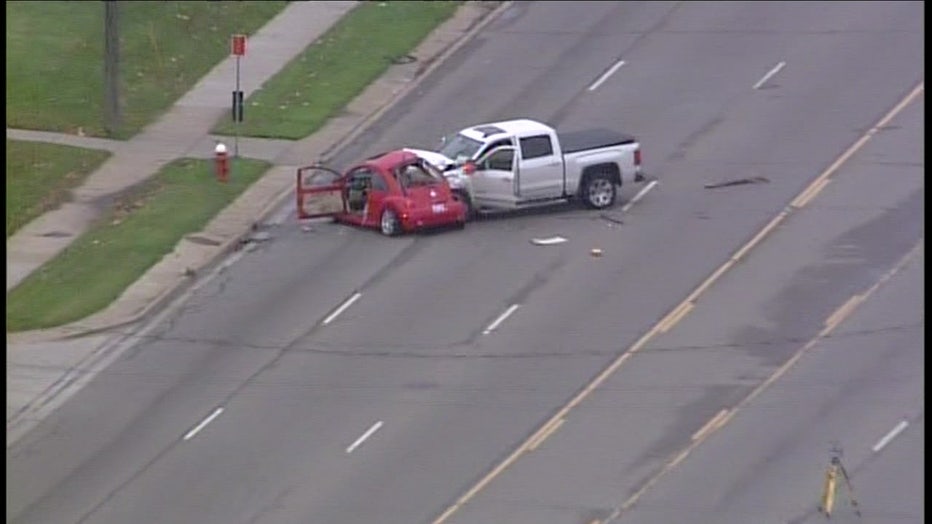 The woman is 20 years old and is from Centerline. She was taken by EMS to the hospital where she was pronounced dead.

The woman has not been identified by police.

The driver of the truck was taken to the hospital but was not seriously hurt.