FOX 2 - A woman is sharing her terrifying story that a cab driver pepper sprayed her.

A woman is sharing her terrifying story that a cab driver pepper sprayed her.

Last week Eileen Hammond walked up to Victories Party Store on W. Warren in Detroit. She wanted to buy a pop. Without a working vehicle, she called a checkered cab looking for a ride to Melvindale. But as soon as she got into the car, Hammond says the doors locked and her nightmare began.

"He came and when you put the car in drive, the doors locked," she said. "And he said you have to give me a $100 security deposit - I said no I don't. He said yes you do or we are not going to go anywhere."

Hammond knew it didn't cost that much for a ride - and no deposit is required at 2 p.m. She demanded he unlock the doors.

"I told him you unlock this door or I call the police or I break your window," she said. "He reached over where the door knob is, and all I see is a black handle. And I thought it was a gun."

It was pepper spray - and Hammond claims he started to spray her as she was trapped in the back seat. She eventually opened the car door and started running to a nearby Metro PCS store - but she says the cab driver ran after her on a pepper spray rampage.

"He got my ear, my neck," she said. "I kept wiping this on my neck it was going in my eyes. The guy came out of nowhere he took his jacket off and said why don't you pepper spray me leave this woman alone. He started laughing, he kept pepper spraying me."

Workers inside the store kept the cabbie at bay and called 911. That's when Hammond says the driver decided to take off.

"It was still burning and I just sat there and cried and cried," she said.

She was taken to the hospital to be treated. there -  Hammond filed a report with Detroit police.

Investigators were able to get surveillance video to identify her attacker. And it didn't take long for Hammond to pick her pepper spraying cab driver out of a photo lineup.

FOX 2 is told officers are working on an arrest warrant for aggravated felonious assault - and it's just a matter of time before he is in custody.

Hammond said she is waiting to hear from Checker Cab Company and so is FOX 2. 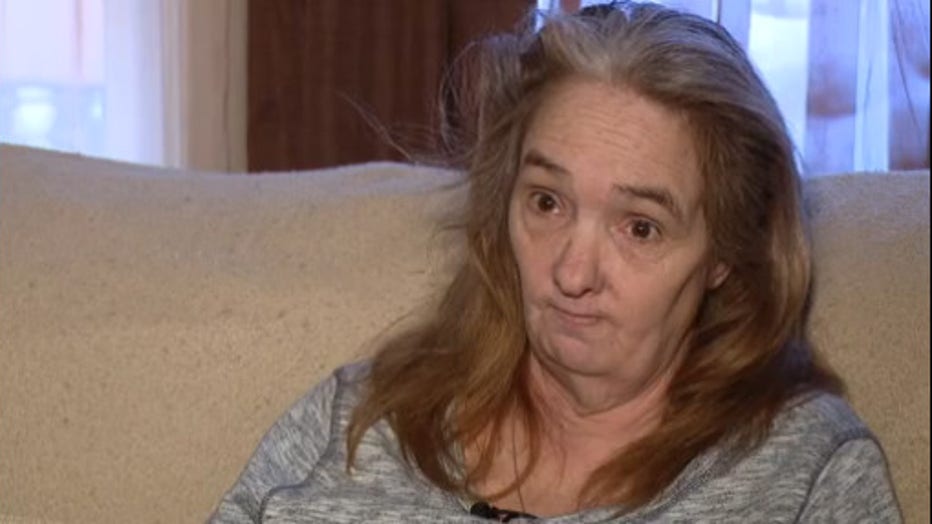