FOX 2 - "This is my first GM car and my last," said Charlotte Thorpe.

Thorpe's brand new Chevrolet Trax has been parked in a dealership service shop for months. It was damaged in an accident in June. She took it to Taylor Chevrolet for repairs and the dealership said it would be ready by July.

Woman waits since July to get car back from dealership

It is the first, and last GM car for Charlotte Thorpe, she said.

"So I called and it wasn't ready," she said. "I called again, it wasn't ready. It's the continuous rehearsed line from July to now: 'The parts are on backorder, we're sorry.'"

Now Thorpe has gone more than 100 days without her car and she's kept up payments for the car note and insurance to the tune of $1,500.

Her situation went up the chain to GM's customer service team, but Thorpe says even that, bore no fruit.

"And then the one representative said, 'Well, the strike.' I said the strike has only been going on a few weeks. So, what happened July, August and the beginning of September?' you can't blame it on the strike."

Thorpe says as her new but damaged Trax sat at the dealer, she was forced to tack on extra miles on her leased vehicle and the dealership did not provide her with a loaner car until she reached out to FOX 2.

"Yesterday, after I talked with the news, FOX 2, they called and said 'I have a message to call you regarding a rental, and I said 'Now you have a message?'"

A general manager for Taylor Chevrolet says it initially thought Thorpe's insurance would cover the loaner vehicle, and that the parts needed to complete repairs to the Chevy Trax, are on backorder.

Taylor Chevrolet plans on getting a loaner car to Charlotte on Monday. She filed a Lemon Law complaint with the Michigan Attorney General's office. It has yet to review it, but could step in and intervene in this situation. 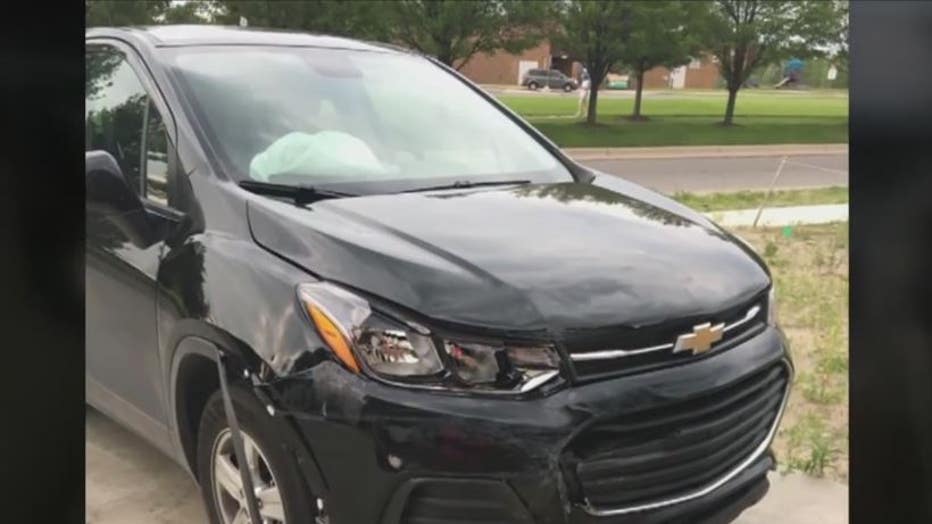 "Charlotte Thorpe filed a complaint on our website on October 7th and sent additional documentation by email on October 11th. She filed the complaint against both General Motors and George Matick Chevrolet.

"Her complaint has not been reviewed yet but once it is assigned to an examiner, we will informally mediate her complaint by sending copies to both GM and George Matick Chevrolet for response. They will have 30 days from the date of our letter to respond back to our office.