Women busted for 65 pounds of meth, 3 pounds of cocaine at Metro Airport

Three women are behind bars after a major drug bust at Detroit Metro in Romulus. Working off of a tip, airport authority officers approached Dakisha Woods, Tranece Carter, and Lakeesha Johnson, after they got off a Delta flight from LA last Thursday.

ROMULUS, Mich. (FOX 2) - Officers at Detroit Metropolitan Airport got a heads-up that someone was bringing drugs in from Los Angeles. They say they took that information, did some digging and it turned into a big narcotics seizure.

Three women are behind bars after a major drug bust at Detroit Metro in Romulus. Working off of a tip, airport authority officers approached Dakisha Woods, Tranece Carter, and Lakeesha Johnson after they got off a Delta flight from LA last Thursday.

A canine officer got a positive hit on their bags - inside was 65 pounds of methamphetamine and three pounds of cocaine.

"To date this has been our largest narcotics seizure," said Tad Sturdivant.

Sturdivant, the VP of Public Safety at Detroit Metro, says the drugs’ street value is more than a million dollars. 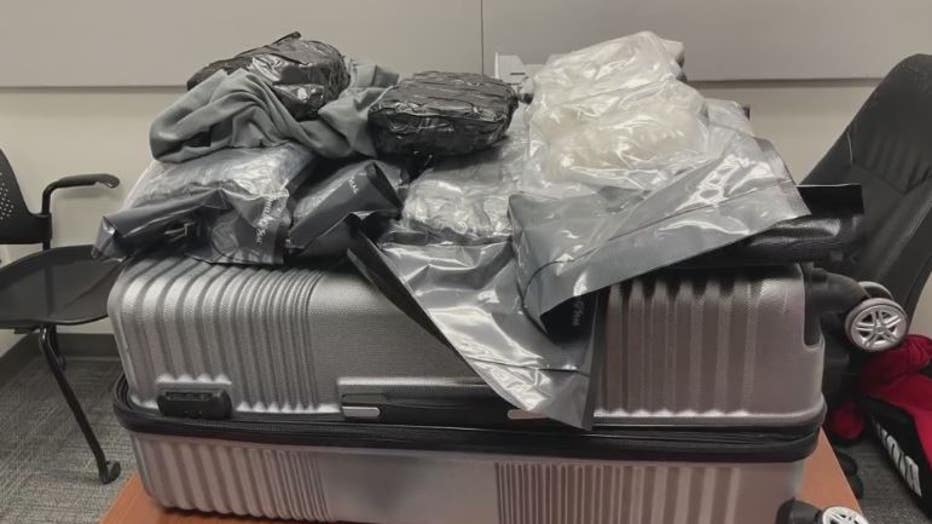 Sturdivant says the women told officers during interrogation they thought they had marijuana in their bags, not cocaine and meth.

The women, who are all related, were arrested and charged with two counts of possession with intent to distribute — felonies that can lead to a lengthy prison sentences.

The drugs were in checked bags which TSA agents normally screen. FOX 2 asked how it could have been missed going through security at LAX.

"Well that’s part of our investigation process to determine that," Sturdivant said. 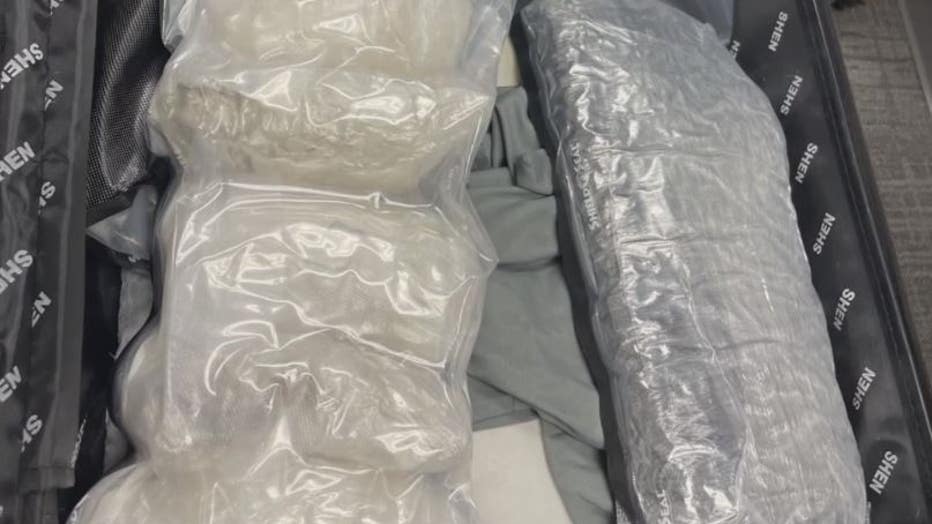 Sturdivant says the women had a layover in Detroit and were headed to Memphis, Tennessee. His team is now in contact with police departments in the mid-south.

"We’re working our end of the investigation, and by doing that contacting various law enforcement agencies and not just resting on the fact that we had this particular seizure," he said. "But (we're) trying to determine if there is anything else that could be linked to this.

"Because as part of our interdiction efforts at the airport, is vital in reducing the flow of illegal narcotics, narcotics proceeds or disrupting or dismantling criminal enterprises."

At last check, all three women were still being held in the Wayne County Jail – each received $3,000 cash bonds.