DETROIT (FOX 2) - People who have spent a year or more working from home due to the pandemic can now return to the office starting Monday after the state of Michigan reached its first benchmark.

After 55 percent of Michiganders received at least one dose of the COVID-19 vaccine, the *Vacc to Normal* plan allows people working from home during the pandemic to return to in-person work two weeks after the benchmark is met.

Workers begin heading back to work after state vaccination benchmark

People who have spent a year or more working from home due to the pandemic can now return to the office starting Monday after the state of Michigan reached its first benchmark.

"We want to make sure we are creating an environment where they feel safe and secure where they spend most of their time," said Jennifer Dickey, Cornerstone Community Financial.

Shawn Snell was one of those workers back at the office on Monday.

"It was nice to see everyone," he said. "In my role sometimes I have to deliver difficult messages, so it is nice to be in person when you have to do that."

Cornerstone Community Financial also brought some of its workers back to the office Monday, but managers say most will be ushered back in phases starting in June.

"We want to put these measurements in place and do it very carefully and strategically,"  Dickey said.

But some people working from home will be able to keep their home office up and running.

Sarah Cleveland is a software engineer for General Motors and was back at work Monday.

"We are cleaning out all of our stuff out because we are permanently working from home and then we will be working some of the time from the Warren Tech Center," she said.

Cleveland believes it's the right move.

"I think so, I would rather just stay home," she said. "It's too soon, and there is a lot of people who still don't have vaccinations." 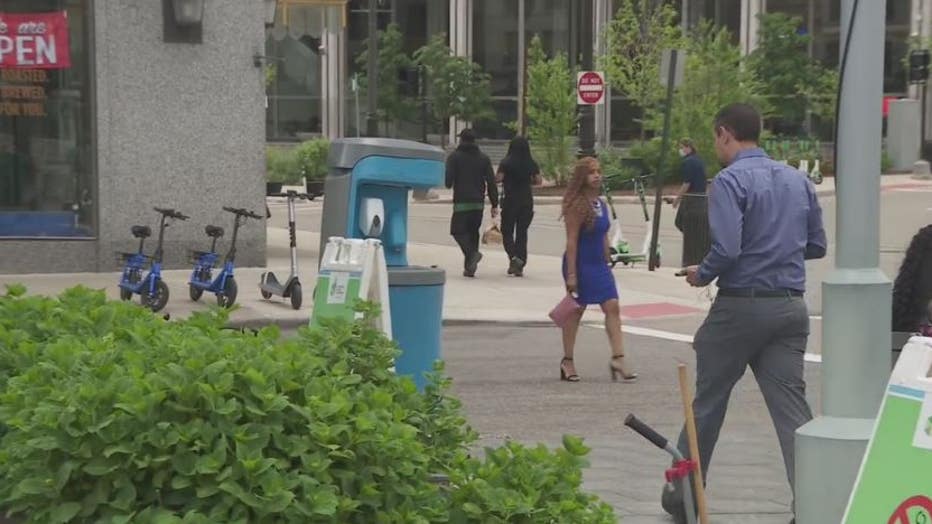 Workers are returning to offices around Metro Detroit.

"I can definitely see the benefit of being back together, but I hope we're not rushing it," said Snell.