"We have, therefore, made the assessment that COVID-19 can be characterized as a pandemic," he said at a briefing in Geneva. 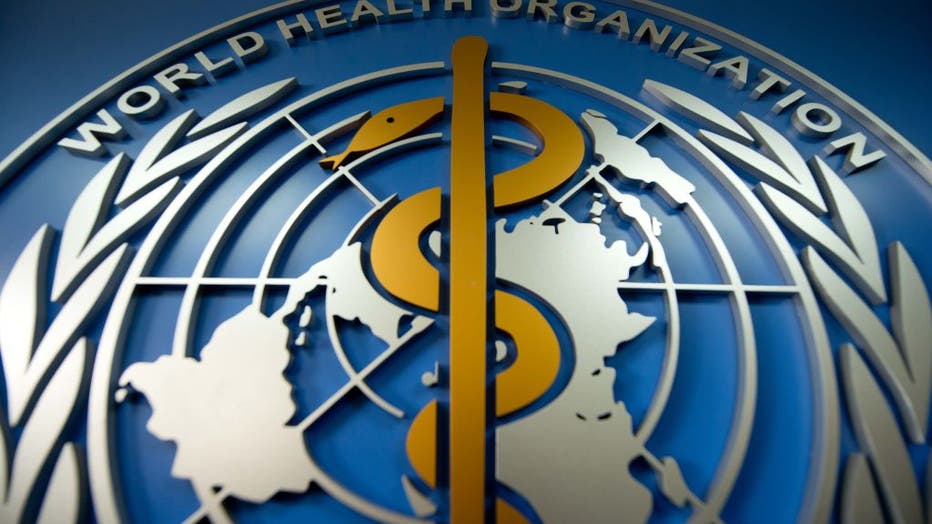 A World Health Organisation (WHO) logo is displayed at their office in Beijing on April 19, 2013. (Photo credit: ED JONES/AFP via Getty Images)

"All countries can still change the course of this pandemic. If countries detect, test, treat, isolate, trace and mobilize their people in the response," Tedros said.

The definition of an epidemic is when a disease outbreak attacks many people around the same time and may have spread through one or several communities. The upgrade to a pandemic is when that epidemic spreads throughout the world.

As the number of cases worldwide eclipses 100,000, several countries have been posting grim estimations about what to expect. Germany's chancellor warned Wednesday that more than two-thirds of the country's population could be infected by the disease. In Iran, its government is reporting the senior vice president and two other Cabinet members had contracted the new coronavirus and the death toll had risen from 62 to 354.

Recently, the U.S. posted its own milestone, registering 1,000 positive cases within its borders.

Just last night, this disease also made a confirmed appearance in Michigan last night, with the state said two positive cases of the disease had been identified. One case came from someone in Oakland, the other in Wayne County.

During a press conference Tuesday night, Gov. Gretchen Whitmer declared a state of emergency and her chief health official said it was likely that more positive cases were on the way.

“We are taking the identification of COVID-19 in our state very seriously,” said Dr. Khaldun. “We continue to urge Michiganders to take precautions to prevent the spread of this virus in our state.”

The two patients are said to be middle-aged individuals. The Oakland County case is a female patient with a history of international travel, while the Wayne County patient is a man with a history of domestic travel.

However, the University of Michigan Health System did confirm Wednesday that it was treating one of the patients and they are in stable condition.