The president spoke about the vote in Congress on his Build Back Better agenda and some protesters were on hand for his arrival.

HOWELL, Mich. (FOX 2) - Welcome to Howell Mr. President. Joe Biden arrived in Howell Tuesday and was greeted with a throng of protesters.

The Democrat president delivered a speech promoting his Build Back Better agenda tied to the massive $3.5 trillion infrastructure bill currently stalled in Washington DC at the union training center there.

"Stand 6 feet apart and put your diapers on," announced one protester with a bullhorn, adorned in Trump regalia.

FOX 2: "Why do you think the president chose Howell to make a speech?"

"I think all of us are really trying to figure that out," said Meshawn Maddock, co-chair of the Michigan Republican Party. "The easy answer is he is probably trying to boost (US Rep. Elissa) Slotkin (D) and give her some props. I think it is a clear indication of where Slotkin is going to be on this (infrastructure) vote."

Biden gave some of the details from his infrastructure bill.

"Here's what I'm proposing," he said. "It's about rebuilding our roads, our highways, our bridges, our ports, our airports, our broadband. All the things, that need repair."

FOX 2: "What about working together?"

"(Expletive) that, dude," said protester Brian Cash. "He's a tyrant. You can't work together when you try to be an (expletive) king." 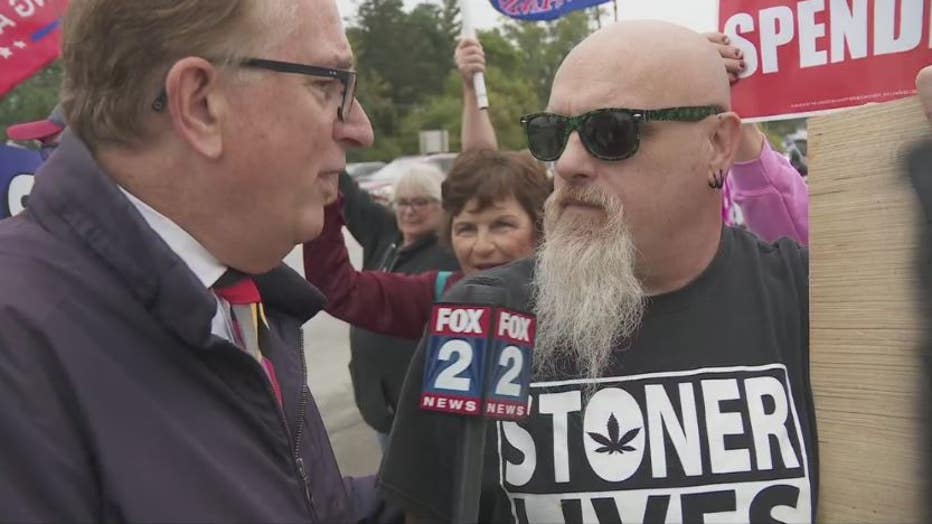 "The whole world knows that the future of the auto industry is electric," the president said. "We need to make sure America builds that future instead of falling behind. We should build those vehicles and batteries here in the United States of America, that is where we should build them, here in the state of Michigan."

FOX 2: "Are there some parts of a Biden proposal you can live with?"

But there were some in the crowd that supported the president.

"Climate action now. I believe we really need to do something about the rising temperatures and everything," said Aiden Campbell. "Before our grandkids have to deal with this."

Some of the protesters expressed frustration with spending in Washington.

FOX 2: "What about some of the parts of the bill, like free community college, the expansion of Medicare, those are good, aren't they?"

"To some degree," said Londa Gatt. "But the money has to come from somewhere - you can't keep printing it." 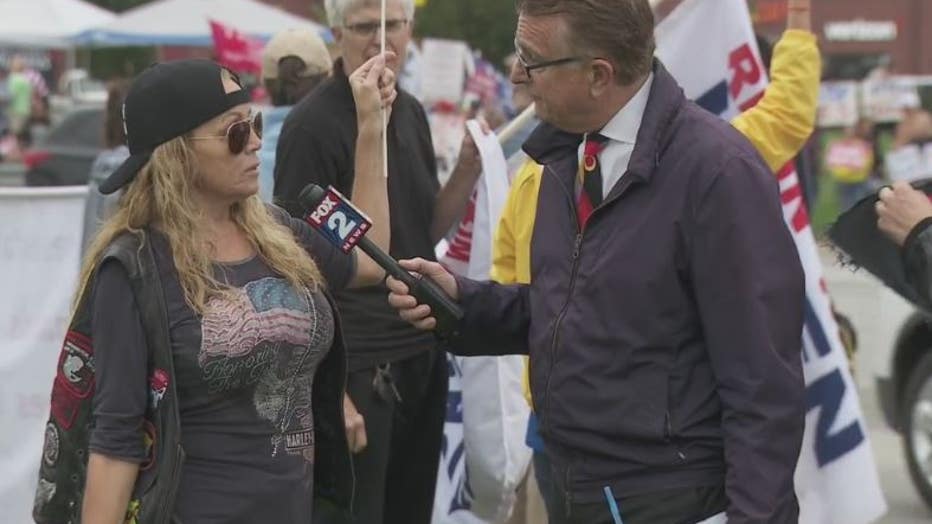 Biden continues to claim only the rich will be paying for it, as they are pursued to pay their fair share.

Many people in the crowd don't like the cost of the bill - or other things about the administration including the border crisis and vaccination mandates - and they were showing it in their signs on full display (most of which we can't show).

Meghan Reckling, the chair of the Livingston County Republicans, spoke about the disconnect in Washington DC and Congress in general. 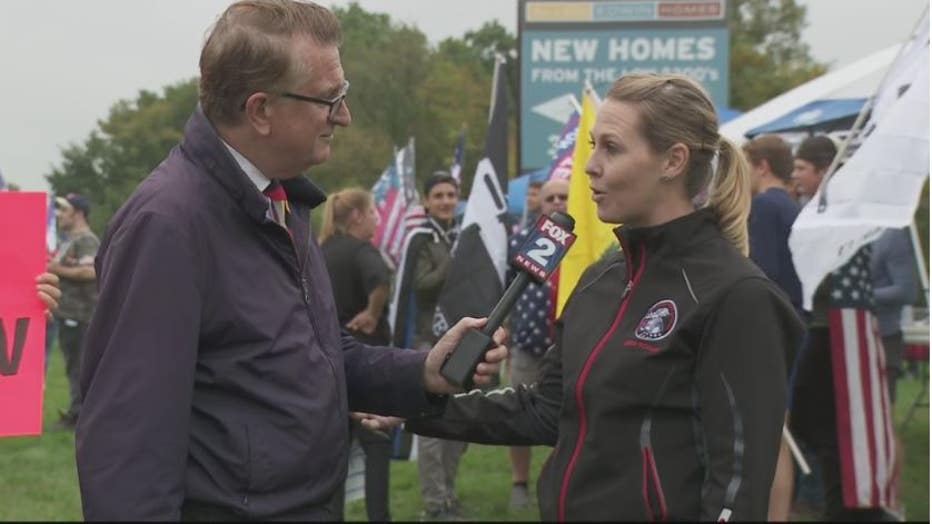 "I think this is reflective of how upset people in everyday America are, when you leave the Washington bubble, about the spending going on in Washington DC," said Reckling. 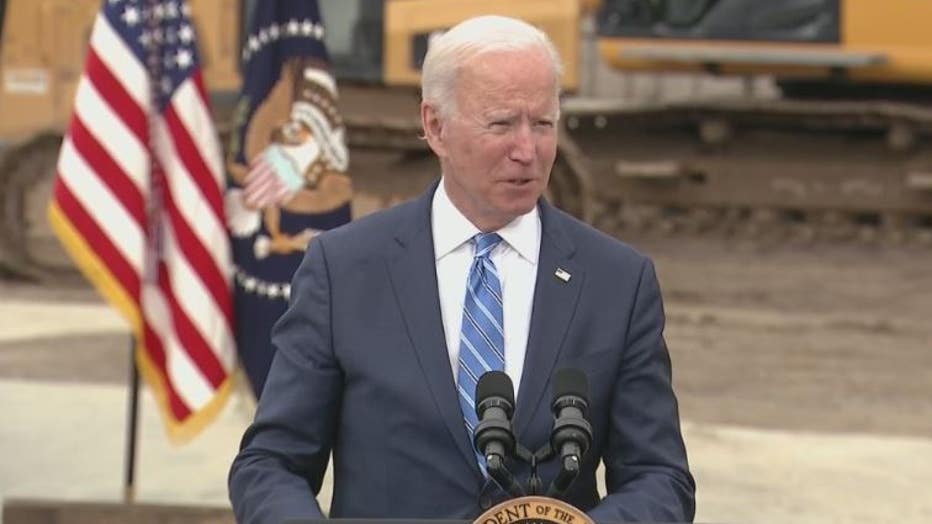 The president spoke to a favorable crowd- at the International Union of Operating Engineers Construction Career Center - and then left, passing the Trump rally of protesters.