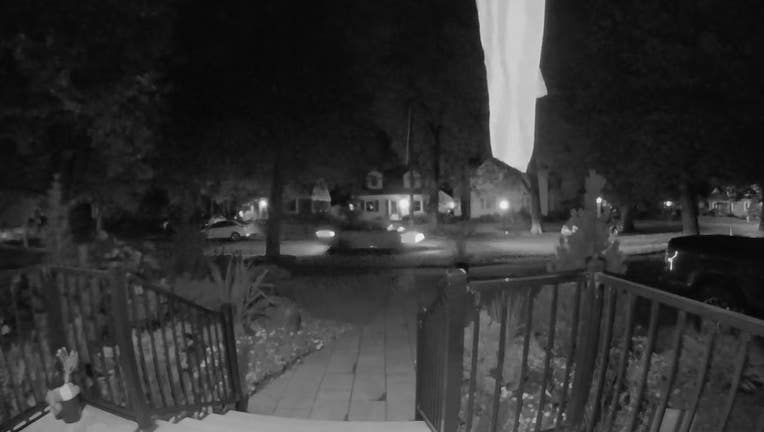 YPSILANTI, Mich. (FOX 2) - Ypsilanti police are investigating after a person was firing shots from a car early Monday.

The car is seen on a doorbell camera driving north in the 200 block of Elm Street around 4 a.m. As the car passes the camera, two gunshots are heard.

No damage or injuries have been reported.

The car is described as a light-colored four-door sedan.