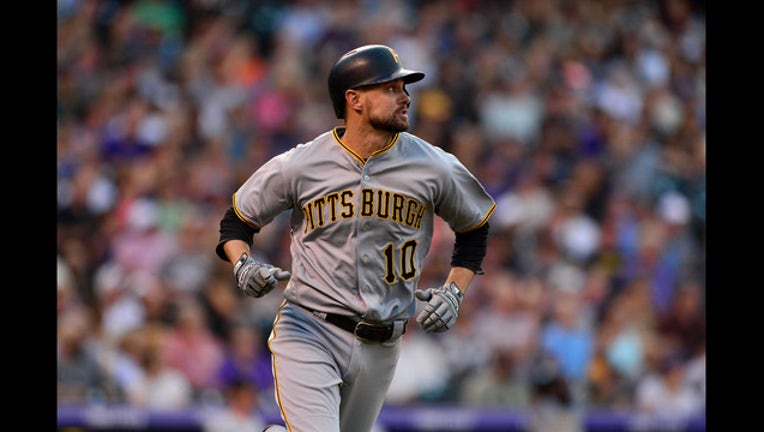 DENVER, CO - AUGUST 7: Jordy Mercer #10 of the Pittsburgh Pirates watches the flight of a fourth inning three run homerun hit off of Chad Bettis #35 of the Colorado Rockies during a game at Coors Field. (Photo by Dustin Bradford/Getty Images)

LAS VEGAS (AP) - A person familiar with the negotiations says shortstop Jordy Mercer and the Detroit Tigers have agreed to a $5.25 million, one-year contract.

The person spoke to The Associated Press on condition of anonymity Wednesday because the agreement was subject to a successful physical.

Mercer had spent his entire seven-season big league career with Pittsburgh. The 32-year-old hit .251 with six homers and 39 RBIs, down from 14 homers and 58 RBIs in 2017.

His agreement was first reported by Fancred.