DETROIT - Bojan Bogdanovic scored 24 points in his debut with Detroit, helping the Pistons beat the Orlando Magic 113-109 on Wednesday night.

Cade Cunningham, the No. 1 pick last year, had 18 points and 10 assists. Cunningham's last assist set up Isaiah Stewart for a 3-pointer with 11.6 seconds left that gave the Pistons a four-point lead. Bogdanovic made two free throws with 4.7 seconds left to restore Detroit's four-point cushion, sealing the victory. 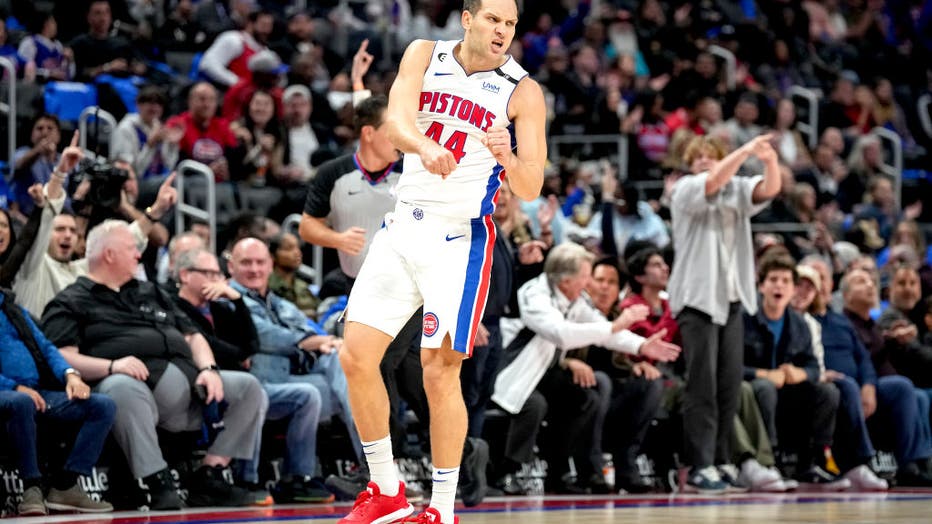 DETROIT, MICHIGAN - OCTOBER 19: Bojan Bogdanovic #44 of the Detroit Pistons reacts against the Orlando Magic during the second quarter at Little Caesars Arena on October 19, 2022 in Detroit, Michigan. NOTE TO USER: User expressly acknowledges and agr

In their NBA debuts, first-round picks Jaden Ivey had 19 points and Jalen Duren had 14 points and 11 rebounds for the Pistons.

Jalen Suggs, the No. 5 pick last year, had 21 points for the Magic before fouling out with 3:47 remaining.

Detroit was 23-59 last season, finishing ahead of just Houston and Orlando at the bottom of the league standings. The Magic went 22-60 last season and won the draft lottery, giving them the chance to draft Banchero after he starred at Duke.

Detroit got off to a strong start in the opening minutes before Orlando took control and went into the second quarter with a 28-17 lead.

The Pistons found their groove in the second quarter, outscoring the Magic 40-27, to lead by two points at halftime.

Detroit opened up an eight-point lead after three quarters, but it could not pull away due in large part to Banchero's play at both ends of the court.

Magic: At Atlanta on Friday night.