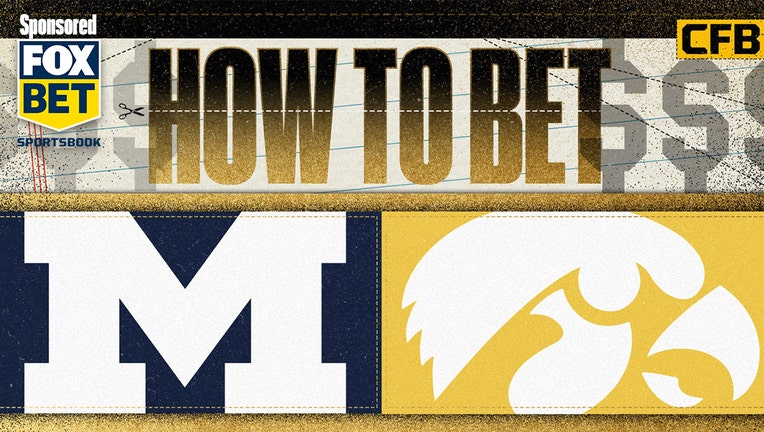 The Michigan Wolverines are playing for a spot in the College Football Playoff when they take on the Iowa Hawkeyes in the Big Ten championship game Saturday in Indianapolis.

With a victory, Jim Harbaugh's Wolverines will be one of four teams in the College Football Playoff semifinals. Michigan leads the all-time series 42-15-4.

An Iowa victory would put Michigan on the outside looking in as no two-loss team has made it to the CFP semifinals.

"I am flipping on Michigan after betting 'em last week," Panayotovich said. "Nobody wanted to touch the Wolverines as an eight-point home underdog against Ohio State, but now the betting public is way too ready to lay 11 points on a neutral site with the same team. Got it."

The Wolverines are led by senior running back Hassan Haskins and senior defensive end Aidan Hutchinson.

Hutchinson is third in the country with 13 sacks.

The Hawkeyes had visions of making the CFP earlier in the season when Iowa was 6-0 and ranked No. 2 before consecutive losses to the Purdue Boilermakers and Wisconsin Badgers. Iowa has won four in a row since.

Junior running back Tyler Goodson has rushed for 1,101 yards in 238 carries with six touchdowns for Iowa.

Iowa leads the country in interceptions (22) and ranks third nationally in takeaways (28).

The Wolverines are 10-2 against the spread (ATS) this season.

The Wolverines are 5-1 ATS when favored by 10.5 points or more this season.

The Wolverines have hit the over in the over/under six times in 12 games this season.

The Hawkeyes are 7-5 ATS this season.

The Hawkeyes have gone over in the over/under five times in 12 games this season.

The Hawkeyes are 10-0 this season when scoring 10 or more points.

FOX Sports' Sam Panayotovich: "Iowa's offense is tough to watch, but the Hawkeyes are stylistically built to compete with physical football teams that want to run the football. If Iowa were facing Ohio State, I would stay far, far away. But this team can hang around against Jim Harbaugh's very conservative Wolverines.

"Grabbing two scores with an outstanding defense in a game totaled at 43.5 is just too good for me to pass up."