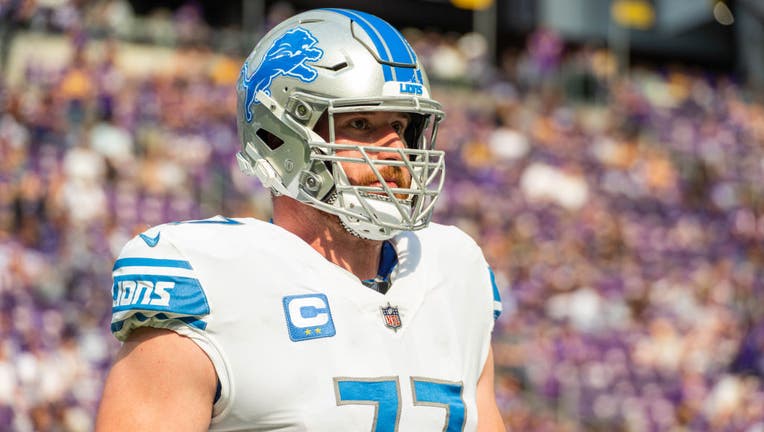 MINNEAPOLIS, MN - SEPTEMBER 25: Detroit Lions Center Frank Ragnow (77) looks on before the NFL game between the Detroit Lions and the Minnesota Vikings on September 25th, 2022, at U.S. Bank Stadium in Minneapolis, MN. (Photo by Bailey Hillesheim/Icon

DETROIT (FOX 2) - The Detroit Lions will have representation in the annual pro bowl game games this upcoming February after Frank Ragnow was selected.

Ragnow, who has played with Detroit for the last five years, was named to his second Pro Bowl on Wednesday. He'll join the best of the best from the NFC for "The Pro Bowl Games" which will take place in Las Vegas in 2023.

In the past, the pro bowl has been a single football game between the best players of each conference. It's since taken on a new form, transitioning to a week-long skills event. It'll end with a flag football game on Feb. 5.

Several other Lions, include Amon-Ra St. Brown and Penei Sewell were named as alternates.

But it's Ragnow who will get his moment in the spotlight, beating an opening-game injury and missing the second game because of turf toe. Since then, he's played every single snap, helping Detroit to a 7-7 record.

RELATED: The Detroit Lions' path to the playoffs

The Lions have become one of the highest-scoring offenses in the league, in part thanks to the stability of the offensive line.

He was previously named a starter in the Pro Bowl in 2020.