Harbaugh expects charges after U of M, MSU tunnel brawl

"An apology will not get the job done. In this instance, there should be serious consequences for the many individuals that are culpable," he said. "I’m coming from this as a perspective of a parent. These young men are entrusted to me by their families and to our program. We have the responsibility to each player to treat them like our own."

Video showed a brawl involving at least 10 Michigan State University players when two U of M players entered the Michigan Stadium tunnel after the game.

"We’re not here to make any excuses for the behavior Saturday. They are unacceptable. It’s also very important to say we honor the traditions of the Big 10 Conference — including the Michigan State-Michigan rivalry game," MSU coach Mel Tucker said. 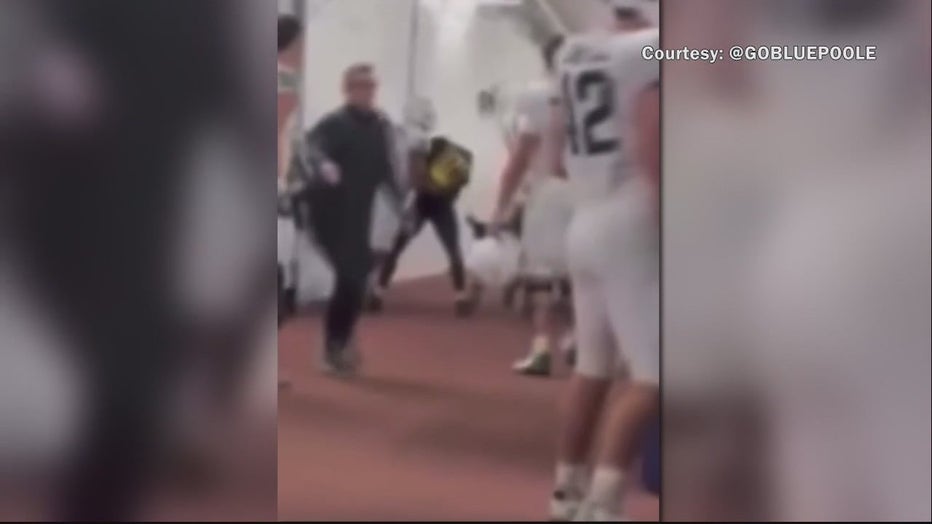 "The suspensions will allow the players to receive academic support and medical services, but they will not be able to attend any organized activities — including meetings, practices, weight training, or games," Tucker said.

The players are suspended until an investigation into the assault is completed, and Tucker said the team is cooperating with police.

While one video taken in the tunnel generated the most buzz, FOX 2 obtained two other clips shot before the melee.

First — post-game video on the field shows most Michigan players separated as MSU players walk into the tunnel, but a couple of U of M players head in with Michigan State.

Another video shows the beginning of the tunnel fight. We slowed it down to show what appears to be a Michigan State player striking a player from Michigan.

Michigan players responded to the incident during a press conference Monday:

"You don’t like seeing those types of things right. There’s never been a fight in the tunnel. Obviously, teams have talked multiple times. We’ve been down. We’ve lost and teams talk. It’s never ended up in a fight." running back Blake Corum said.

"Seeing the videos and everything, it was really disgusting, really disappointed that something like that could happen. We’re glad that everybody is OK," defensive lineman Kris Jenkins said.

"We’re really just focused on next week. That happened last week. Of course, everyone is going to be up and on our toes about it. We really just want to move on from it and get ready for the next four weeks," defensive back Red Moore said.