There are hundreds of thousands of Hulkamaniacs who are now full-grown adults. Most of them were wrestling fans in the 1980s and 1990s thanks to Hulk Hogan body slamming Andre the Giant at the Pontiac Silverdome. Hogan says that was the moment that changed wrestling.

In case you didn't know, WWE SmackDown premieres Friday night on FOX. WWE stars have been making the round to promote the show and Hulk Hogan sat in with the guys from FOX Sports ahead of the American League Divisional Series.

In the interview, Alex Rodriguez admits he's a Hulkamaniac and asks what was the biggest, most famous match he'd been in. Hogan was honest: "The match that really changed the business was the Wrestlemania III against Andre the Giant."

Hogan says, at that time, they weren't sure how big wrestling was going to be. But the then WWF knew it was a big deal when they outsold the Pope and the Rolling Stones. It was the largest crowd for a sporting event ever at the time.

"When Andre the Giant was slammed, Wrestlemania was etched in stone," Hogan said.

He also credited Andre for 'straightening him out' ahead of their enormous match, saying before that he was 'wild in the streets'.

He said Andre taught him how to work like a big man and get people in the seats. But he also said that he had no clue what would happen that night in Pontiac because Andre kept telling him not to worry.

"When I wrestled him, I was really worried because, you know, wrestling is predetermined; you know who's going to win or lose," Hogan said. "That night at Wrestlemania III, I had no idea he was going to let me win. But he passed the torch gracefully and actually told me to slam him - thank God I got him up - and we made history."

To get an idea of how big Hogan is, David Ortiz asked if he knew how big his fan base was in the Dominican Republic.

"People really love you in the Dominican Republic," Ortiz said.

Hogan said Ortiz has to be his tag team partner in the Dominican Republic, so they can take all the titles together. 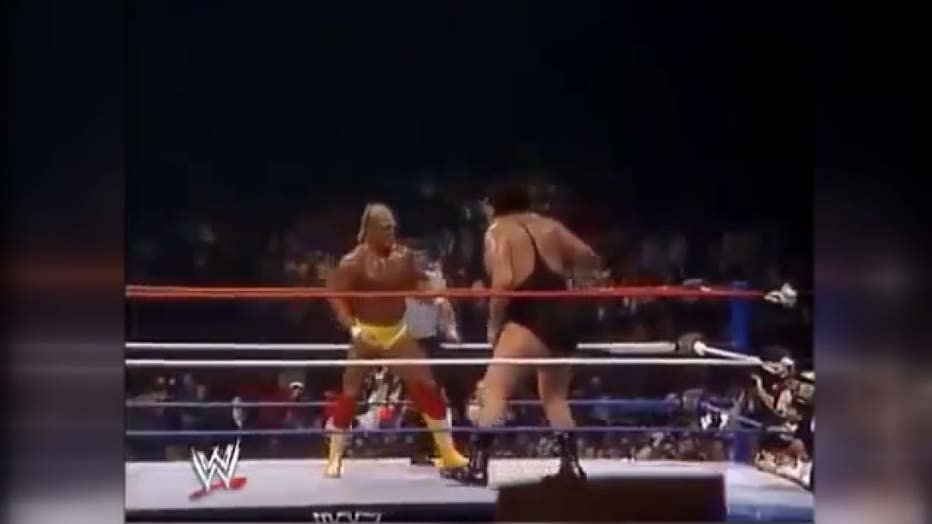 In the interview, Alex Rodriguez admits he's a Hulkamaniac and asks what was the biggest, most famous match he'd been in. Hogan was honest: "The match that really changed the business was the Wrestlemania III against Andre the Giant."