Bob Wojnowski and Will Burchfield are in the house for week one of the NFL. Talking plenty of Lions, but there's also college football and Tigers to get into as well.

DETROIT (AP) - Detroit Lions defensive back Tracy Walker was ejected for swiping in a scrum with the Philadelphia Eagles after hitting Jalen Hurts near his head as he went to the turf.

"I just let my team down," Walker said Sunday. "Me, as a team captain, I’ve just got to be better. I was hotheaded at the moment."

Walker was sent off the field late in the third quarter when the Eagles were leading Detroit by 17 points.

Detroit defenders made contact with Hurts multiple times when he slid earlier in the game, but did not draw penalties.

When Walker hit Hurts above the shoulders after he went down on a run into Detroit territory, Philadelphia players came to their quarterback’s defense. Walker responded by swiping at tight end Dallas Goedert’s helmet and that ended his game.

"It turned into a big play that ended up being a scoring drive for us," Eagles coach Nick Sirianni said. 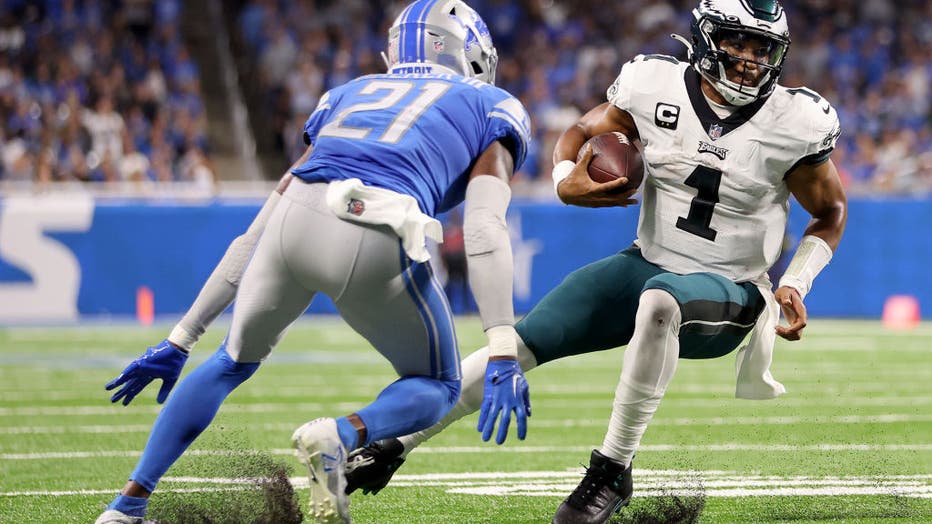 Jalen Hurts #1 of the Philadelphia Eagles avoids a tackle from Tracy Walker III #21 of the Detroit Lions during the second quarter at Ford Field on September 11, 2022 in Detroit, Michigan. (Photo by Gregory Shamus/Getty Images)