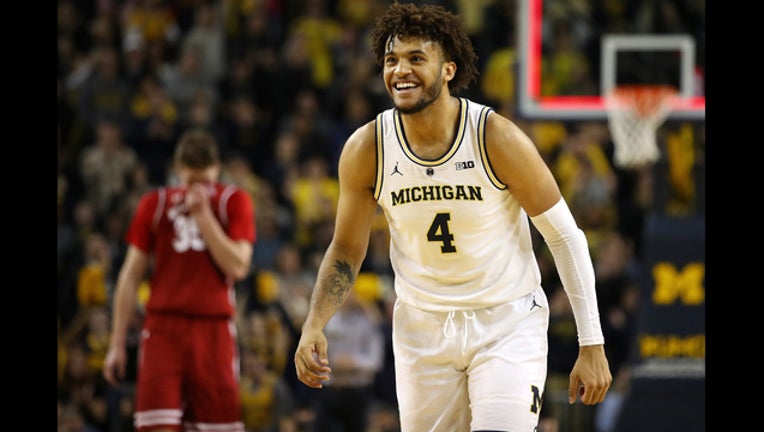 ANN ARBOR, MICHIGAN - FEBRUARY 09: Isaiah Livers #4 of the Michigan Wolverines celebrates after a 61-52 win in front of Nate Reuvers #35 of the Wisconsin Badgers at Crisler Arena on February 09, 2019. (Photo by Gregory Shamus/Getty Images)

The Blue Devils received the top seed in the NCAA Division I Basketball Committee, but the Vols received 40 of 64 first-place votes from a media panel in the AP Top 25 released on Monday.

No. 2 Duke had the remaining 24 first-place votes.

No. 3 Gonzaga and No. 4 Virginia were the other top seeds in the selection committee's rankings released on Saturday, with Kentucky rounding out the fifth spot in the AP poll.

Tennessee was selected No. 1 in the South Region by the selection committee in rankings that will change before Selection Sunday on March 17. The Vols beat Missouri and Florida last week.

The top 25 teams in The Associated Press' college basketball poll, with first-place votes in parentheses, records through Feb. 10, total points based on 25 points for a first-place vote through one point for a 25th-place vote and last week's ranking: