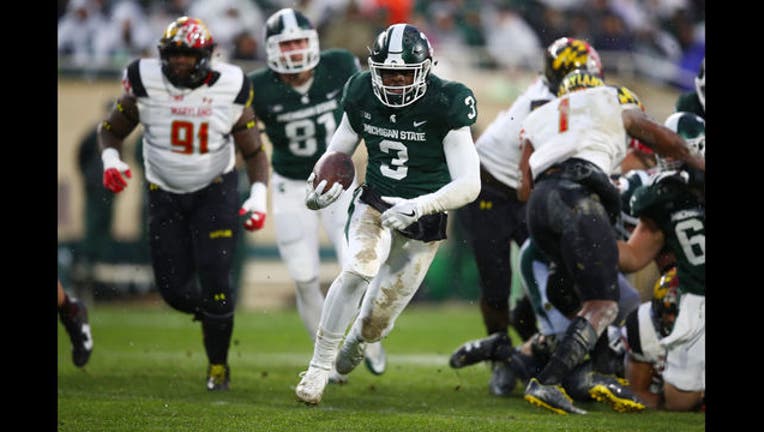 EAST LANSING, MI - NOVEMBER 18: LJ Scott #3 of the Michigan State Spartans looks for yards during a first half run against the Maryland Terrapins at Spartan Stadium on November 18, 2017 in East Lansing, Michigan (Photo by Gregory Shamus/Getty Images)

EAST LANSING, Mich. (AP) - Michigan State running back LJ Scott says he will enter the NFL draft after this season.

Scott, a senior, injured his ankle in September and has played in only four games this year. Coach Mark Dantonio said last month that Scott would redshirt . Scott said on social media Wednesday that he initially thought that was the best plan, but after discussing his options with coaches and family, he has decided to enter the draft.

He indicated that he will play for the Spartans in the Redbox Bowl against Oregon on Dec. 31.

Scott scored 11 touchdowns as a freshman in 2015, including the winning TD in the Big Ten championship game that year. He rushed for 994 yards as a sophomore and 898 as a junior.