PARADISE ISLAND, Bahamas - Eli Brooks matched his career high with 24 points and Michigan ran off 19 unanswered points in the second half to score a big upset, beating sixth-ranked North Carolina 73-64 on Thursday to reach the Battle 4 Atlantis championship game.

Isaiah Livers added 12 points for the Wolverines (6-0), who led by five early in the second half before exploding for a huge run that turned the matchup into an unexpected rout. Then the Wolverines held on amid the Tar Heels’ frantic rally in the final 8 minutes to earn an early marquee win for first-year coach Juwan Howard.

Michigan’s 19-0 burst included a dazzling run of five straight made shots that turned a modest lead into a huge margin. At one point, Brooks buried a 3-pointer to push the lead to 19 and left UNC coach Roy Williams standing on the sideline with both hands resting on top of his head.

Yet Franz Wagner followed with another, then Brooks added a runner that pushed the lead to 60-36 with 11:18 left and finally forced the timeout-hoarding Williams to burn one. 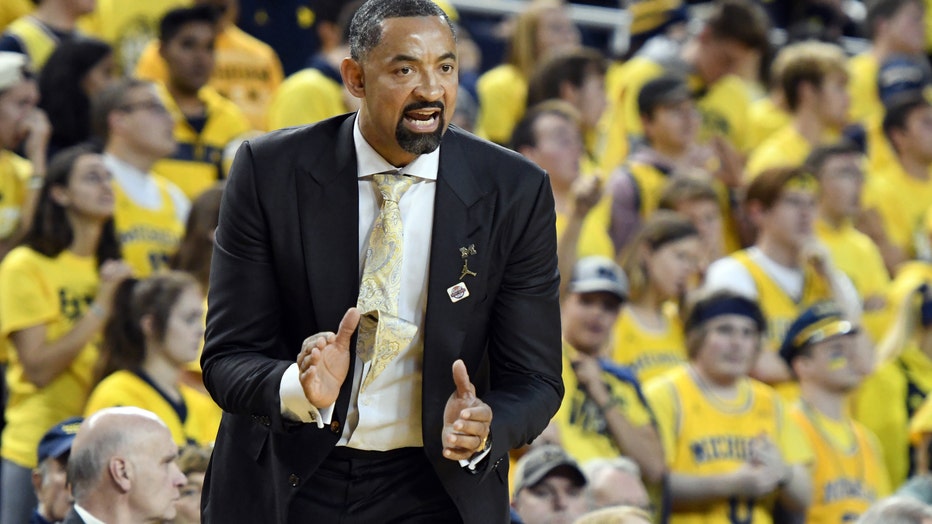 ANN ARBOR, MI - NOVEMBER 12: Head coach Juwan Howard of the Michigan Wolverines looks on during a basketball game against the Creighton Bluejays at the Crisler Center on November 12, 2019 in Ann Arbor, Michigan. (Photo by Mitchell Layton/Getty Images

The Tar Heels (5-1) managed a long push to get back in it, twice getting as close as eight on interior buckets by Garrison Brooks in the final 3½ minutes. But Eli Brooks all but closed it out by swishing through a 3 with the shot clock winding down at the 1:12 mark, pushing the margin back to double figures.

UNC: The Tar Heels entered the game ranked seventh in KenPom’s adjusted defensive efficiency by allowing 87.5 points per 100 possessions, along with being the national leader in rebounding margin. But they struggled for stops, while Michigan controlled the paint (32-24 points in the paint) and the Tar Heels earned only a 36-34 edge on the glass. It was a sign that the Tar Heels still have plenty to figure out with a revamped roster from last year.

Michigan: The Wolverines entered shooting 53.2% on the season to rank second in the nation. They finished this one at 50% and made 11 of 26 3-pointers, while their defense held the Tar Heels to 1-for-14 shooting out of halftime as they took control.

UNC: The Tar Heels will play in Friday’s third-place game against the Gonzaga-Oregon loser.

Michigan: The Wolverines will play in Friday’s championship game against the Gonzaga-Oregon winner.