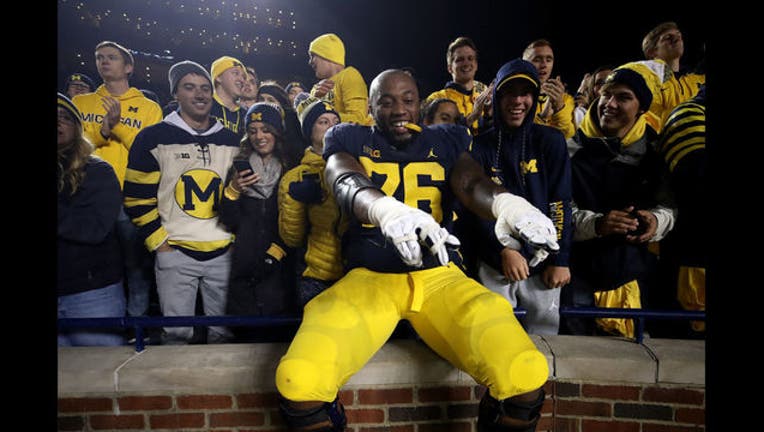 Michigan spokesman Dave Ablauf confirmed to The Associated Press that Bushell-Beatty, a fifth-year senior, elected to miss the game.

The No. 8 Wolverines also will be without senior running back Karan Higdon, junior defensive end Rashan Gary and junior linebacker Devin Bush. Quarterback Shea Patterson has announced he is returning for his senior season instead of entering the NFL draft.

Bushell-Beatty missed Michigan's final regular-season game, a loss to Ohio State, with an undisclosed injury. He started the first 11 games of the season.