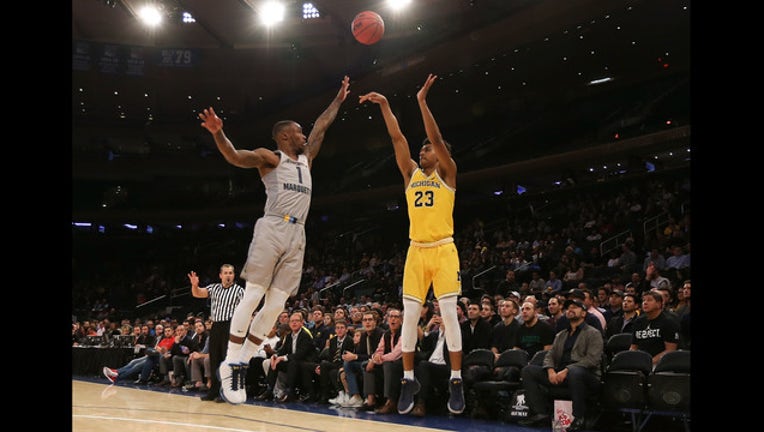 NEW YORK, NY - NOVEMBER 17: Ibi Watson #23 of the Michigan Wolverines shoots a three over Duane Wilson #1 of the Marquette Golden Eagles in the first half during the 2K Classic at Madison Square Garden. (Photo by Michael Reaves/Getty Images)

Watson thanked the coaching staff and his teammates and said he's enjoyed the relationships and the memories he's made. The 6-foot-5 Watson played in 26 games this season as a sophomore, averaging 2.2 points and 5.2 minutes.

Watson's announcement Thursday came after forward Brent Hibbitts said on his Twitter account Tuesday that he plans to transfer - with two years of eligibility remaining - after finishing his degree early and graduating this summer.