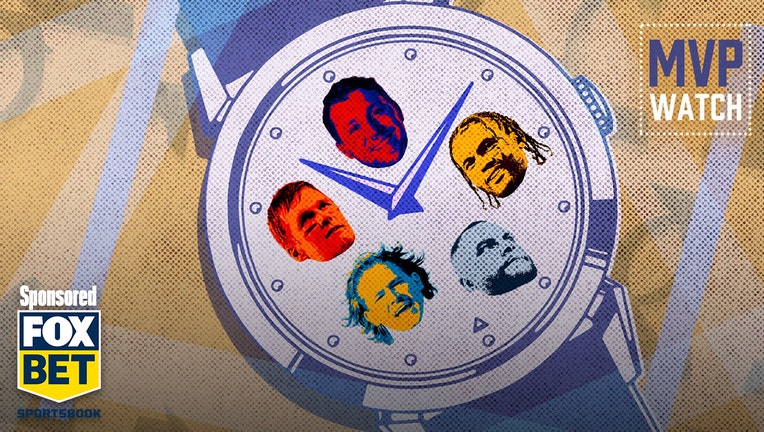 The MVP race in the NFL is growing more and more compelling.

With offenses blowing up every week and quarterbacks – both young and old – pulling the strings with aplomb, it's looking like anybody's race.

Here are the MVP favorites, according to FOX Bet's insights, with a breakdown of each candidate's recent play and what's on the horizon (All odds current as of Tuesday morning). 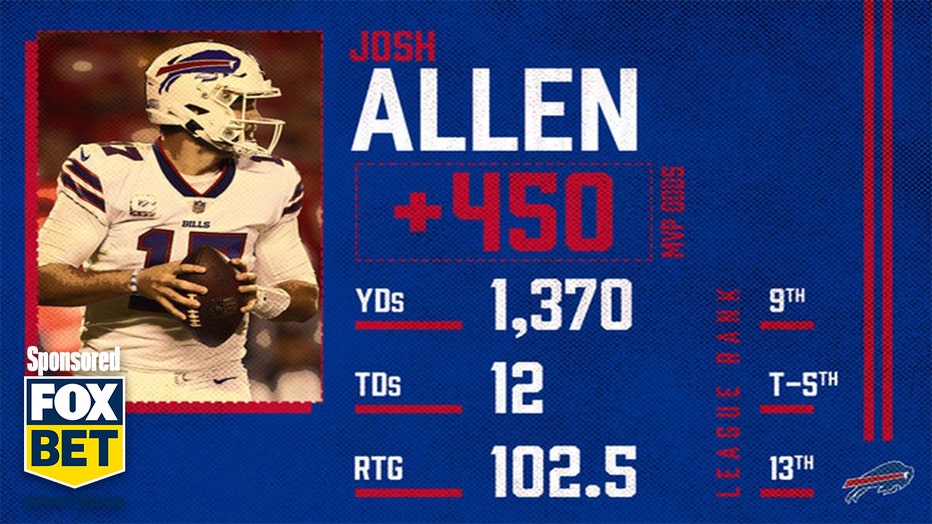 How it's going: Allen is the toast of the town after going toe-to-toe with Patrick Mahomes and finally vanquishing his conference rival in convincing 38-20 fashion. Allen got it done in the air (15-for-26 for 315 yards, three touchdowns, zero interceptions) and on the ground (11 carries for 59 yards and one TD) on the road against the Kansas City Chiefs. Week 1's loss against the Pittsburgh Steelers feels like ages ago.

What's up next: The roadshow continues for the Buffalo Bills, who will travel to take on the Tennessee Titans. In three career matchups against the Titans, Allen has a 2-1 record, though that loss is the most recent result – and it was a doozy. In Week 5 a season ago, Allen went 26-for-41 for 263 yards, two touchdowns and two picks in a 42-16 blowout loss in Tennessee.

What people are saying: "Josh Allen, he runs it as well as any quarterback in the league not named Lamar Jackson or Kyler Murray. I mean, he's huge!" ⁠– Chris Broussard, "First Things First" 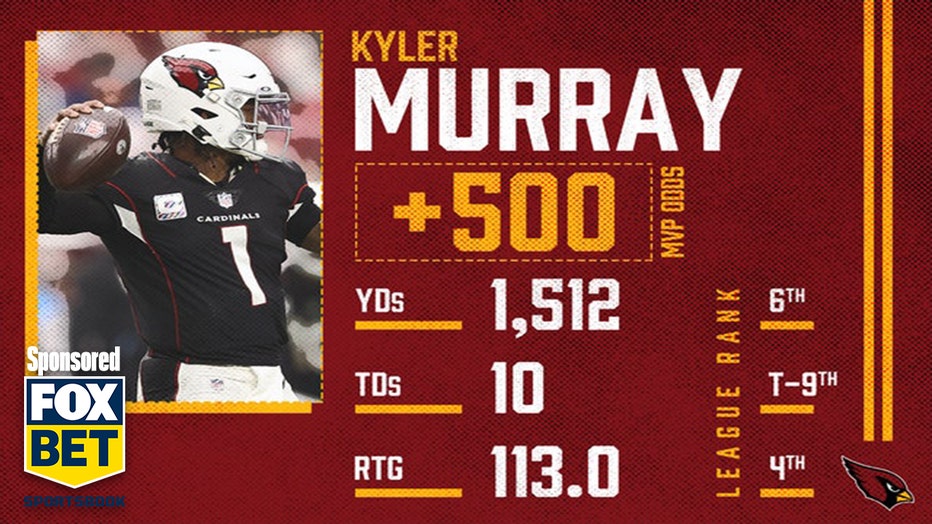 How it's going: Murray wasn't at his showstopping best in a 17-10 win against the San Francisco 49ers, but he didn't exactly need to be. The Arizona Cardinals' defense stepped up admirably and clamped down, while Murray & Co. did enough to secure the win offensively. He completed 71.0% of his passes for 239 yards and one touchdown but did have two fumbles – neither of which were lost.

What's up next: The Cards will take flight and visit the Cleveland Browns who played (and lost) a Week 5 thriller against the Los Angeles Chargers. Murray has taken on the Browns once in his career, beating them 38-24 during his rookie season in 2019. He had 219 yards, one TD and one pick on 19-for-25 passing, along with eight rushes for 56 yards in the contest.

What people are saying: "The fact that if Kyler doesn't have a perfect game, the defense can step up like that makes them even more scary to me." ⁠– Kay Adams, "GMFB" 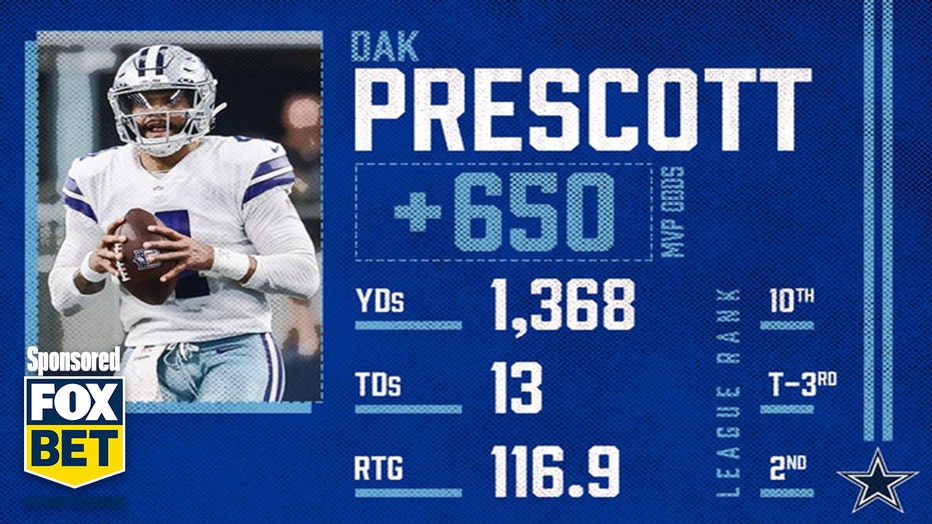 How it's going: Prescott and the Dallas Cowboys are riding a four-game winning streak after narrowly losing the season opener against the defending champs. In Week 5's 44-20 win against the New York Giants, Prescott completed 22 of 32 pass attempts for 302 yards, three TDs and an interception. The pick came on Dallas' first drive of the game, but Prescott shook it off to carve apart his NFC East rivals.

What's up next: Bill Belichick's New England Patriots are next on the docket for the Cowboys. Prescott has faced the Pats just once in his career, a 13-9 loss in 2019. Prescott struggled in that clash, completing 57.6% of his passes for 212 yards, zero TDs, one pick and a passer rating of 64.2. 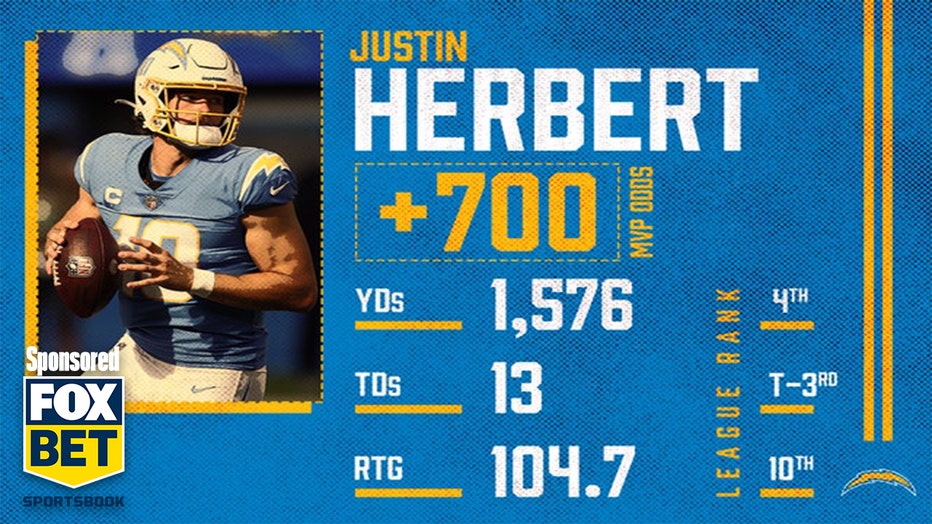 How it's going: If not for Tom Brady's heroics, Herbert would have been responsible for the most Week 5 touchdowns. Alas, the Chargers phenom had to settle for a tie in that department with five total TDs (four passing, one rushing). Where he didn't settle for a tie was against the Browns, winning a 47-42 track meet that featured 41 combined points in the fourth quarter. Herbert finished that game with a 122.0 passer rating and just two yards shy of the 400-yard mark.

What's up next: A week after taking down an AFC contender in the Browns, the Chargers will have their mettle tested again against the Baltimore Ravens. The 23-year-old Herbert has yet to take on the Ravens in his career. They'll be a tough out, it seems, after Lamar Jackson willed his team to a wild win against the Indianapolis Colts on Monday night.

What people are saying: "Herbert's the MVP of the NFL right now.." ⁠— Dan Orlovsky, "Get Up" 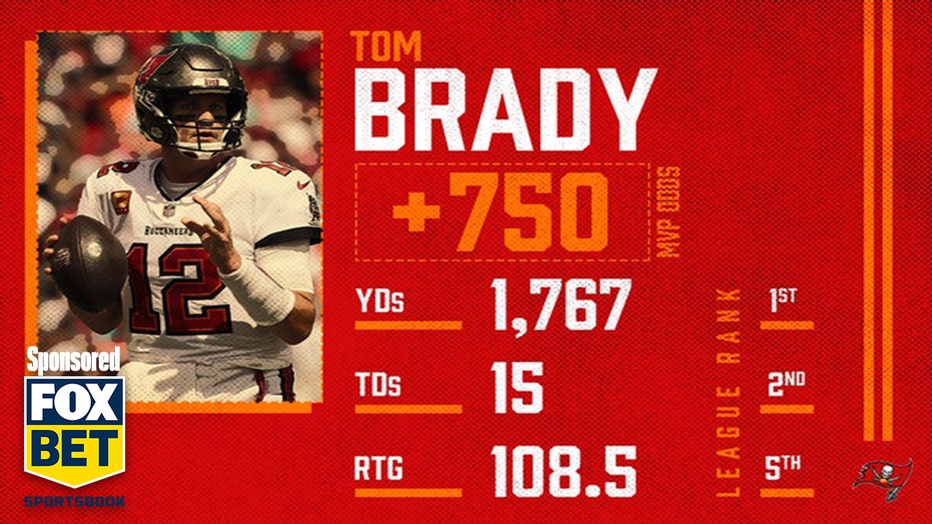 How it's going: Another week, another age-defying performance from the 44-year-old Brady, who finished as the week's top passer with 411 yards and a passer rating of 144.4. His victims in Week 5 were the Miami Dolphins, against whom Brady completed 30 of his 41 attempts for five touchdowns before giving way to backup Blaine Gabbert in mop-up duty to close out the 45-17 win.

What's up next: It's a quick turnaround for Brady and the Tampa Bay Buccaneers, as they'll travel to take on the Philadelphia Eagles on Thursday night. Despite spending most of his career in the AFC, Brady is fairly familiar with the Eagles. He has a 4-1 record against them in the regular season and has split a pair of Super Bowl meetings with the Birds. This will be his first time taking on the Eagles as a Buc, however. 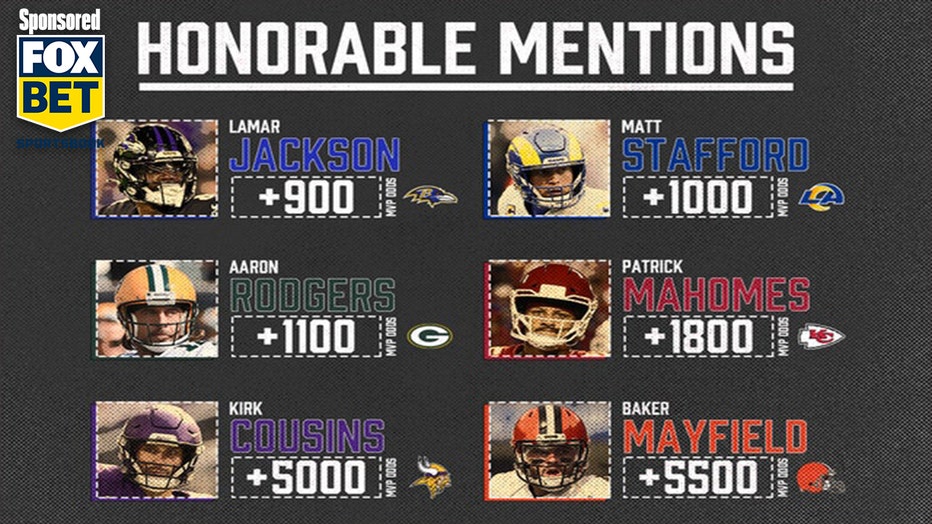