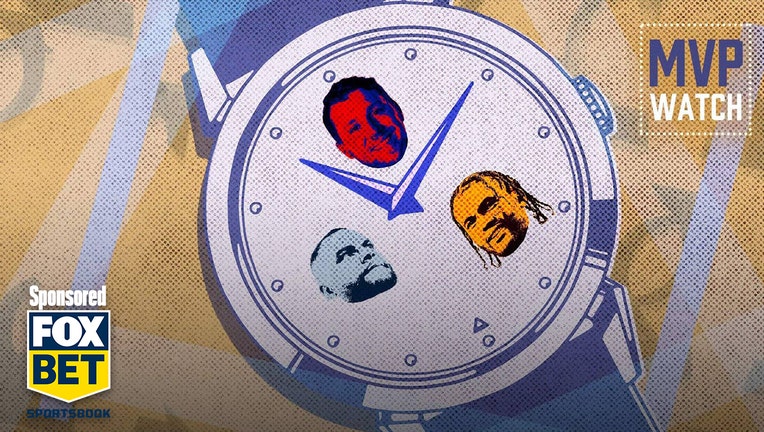 After a one-week absence from the summit, Kyler Murray is back atop the latest NFL MVP odds.

His lead is a narrow one, though, with two veteran superstar quarterbacks nipping at his heels.

Here are the MVP favorites, according to FOX Bet's insights, with a breakdown of each candidate's recent play and what is on the horizon (All odds current as of Tuesday morning). 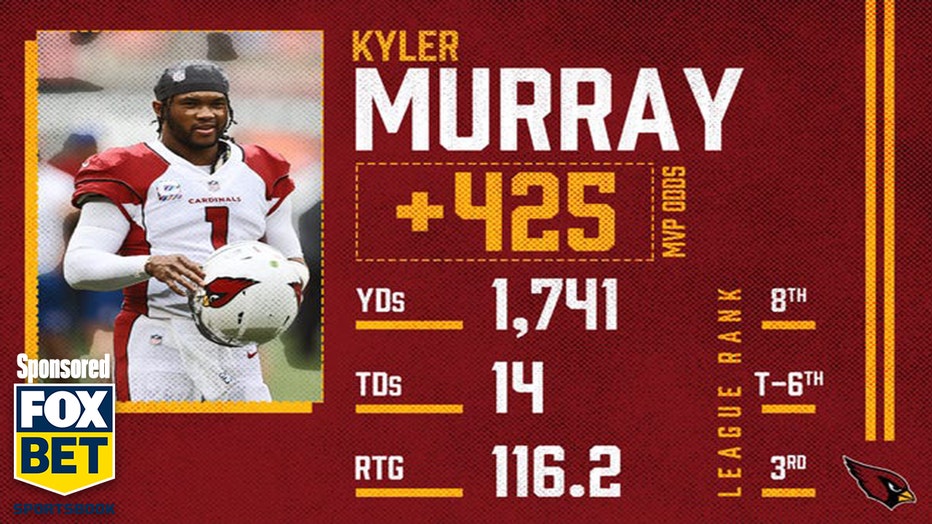 How it's going: Murray bounced back from a subpar performance – by his standards – in Week 5 with a swarming outing against the Cleveland Browns in a 37-14 win on the road. The 24-year-old Arizona Cardinals QB torched the Browns for 229 yards and four touchdowns on 20-for-30 passing, finishing with a 129.0 passer rating – his best of the season. One area of concern: He did have four fumbles, all of which he recovered, but he now has a total of six fumbles in the past two weeks.

What's up next: The undefeated Cardinals take on the 1-5 Houston Texans on Sunday and are the overwhelming favorites in the contest. The point spread in that game, -16.5 as of Tuesday morning, is the largest of all the Week 7 games. The Texans give up the 25th-most points yards per game (28.7), so Murray could be in for another big performance.

What people are saying: "I think he could be better than Lamar [Jackson] and [Patrick] Mahomes. I think he’s the best of both of them put together." ⁠— Kay Adams, "Good Morning Football" 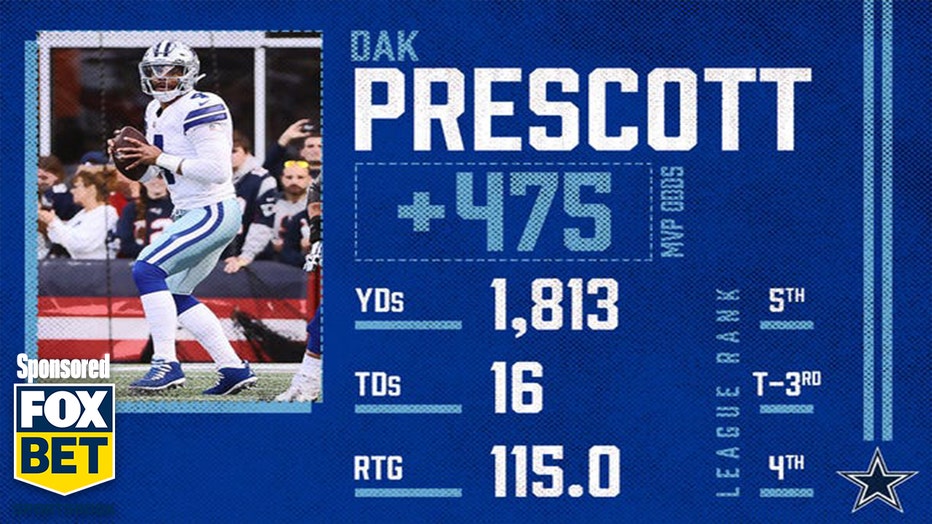 How it's going: Prescott broke the 400-plus-yard passing mark for the ninth time in his career in Sunday's 35-29 overtime win against the New England Patriots. He completed 70.6% of his 51 pass attempts for 445 yards, three touchdowns and one interception, connecting with breakout wide receiver CeeDee Lamb on nine catches for 149 yards and a pair of scores. After starting the season with a loss, the Dallas Cowboys have rattled off five straight wins and have a firm hold on the top spot of the otherwise floundering NFC East.

What's up next: A bye week for Dallas, and just in time, apparently. Prescott suffered a calf injury in Sunday's win but is "looking good" following an MRI, according to NFL Network's Ian Rapoport. After the bye, the Cowboys will take on the Minnesota Vikings. 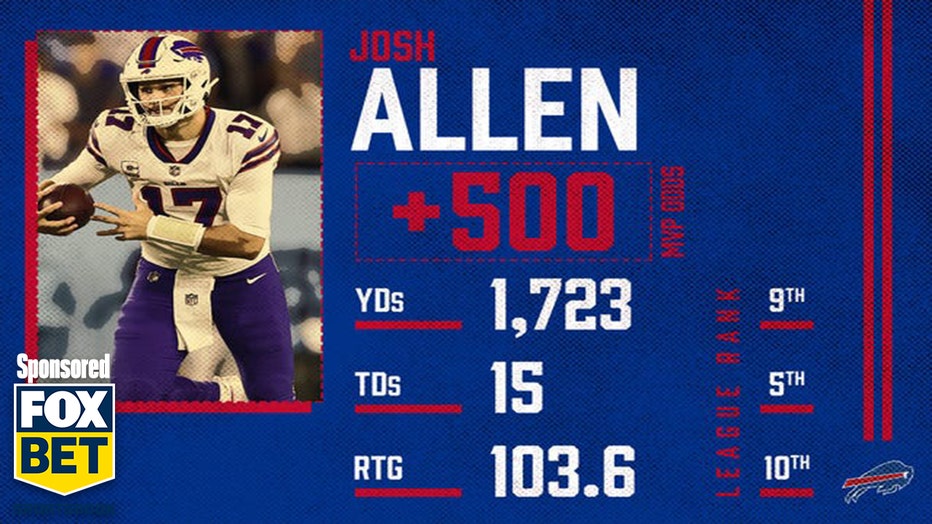 How it's going: Allen and the Buffalo Bills came up just short – literally – in Monday night's 34-31 loss to the Tennessee Titans. Trailing by three points with 22 seconds left, Bills head coach opted to try and convert a fourth-and-1 from Tennessee's 3-yard line, putting the ball in his 6-foot-5, 237-pound QB's hands. The Titans stonewalled Allen, though, sealing the game for the hosts. Allen finished the game 35-for-47 for 353 yards, three touchdowns, one interception and a passer rating of 107.8.

What's up next: The Bills have a bye in Week 7. When they return to action in Week 8, they will take on the Miami Dolphins.

What people are saying: "I don't blame the coach, they made the right decision. Their quarterback just let them down." ⁠— Nick Wright of "First Things First" on Buffalo's late fourth-down decision 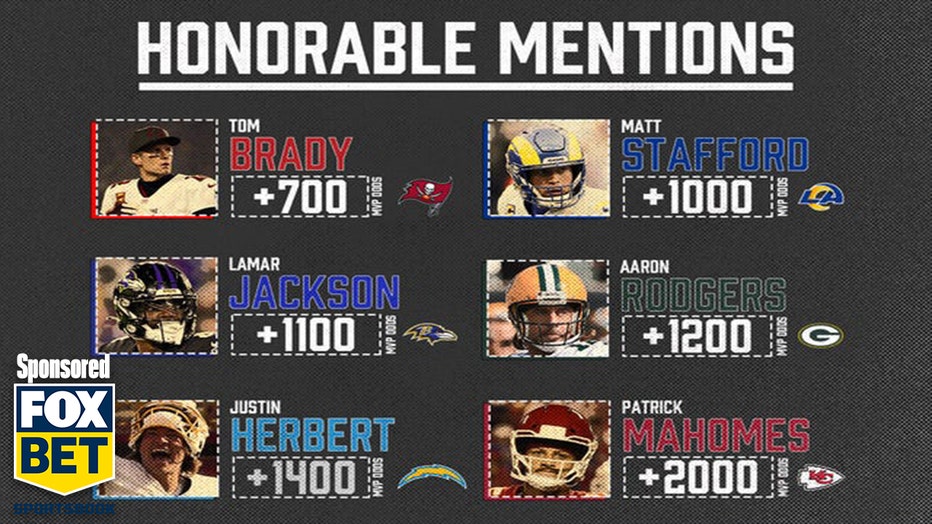