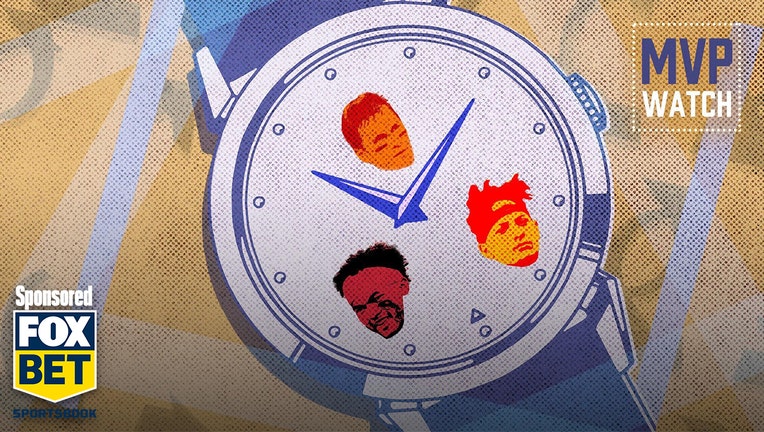 After three weeks of the new NFL season, we have a new favorite to win the MVP award.

After holding down the top spot since the preseason, Patrick Mahomes has been supplanted at the No. 1 spot. A certain standout quarterback in the desert raced past Mahomes with a 3-0 record and plenty of electric plays under his belt.

Here are the top MVP favorites, according to FOX Bet's insights, with a breakdown of each candidate's recent play and what's on the horizon (Note: All odds current as of Tuesday morning). 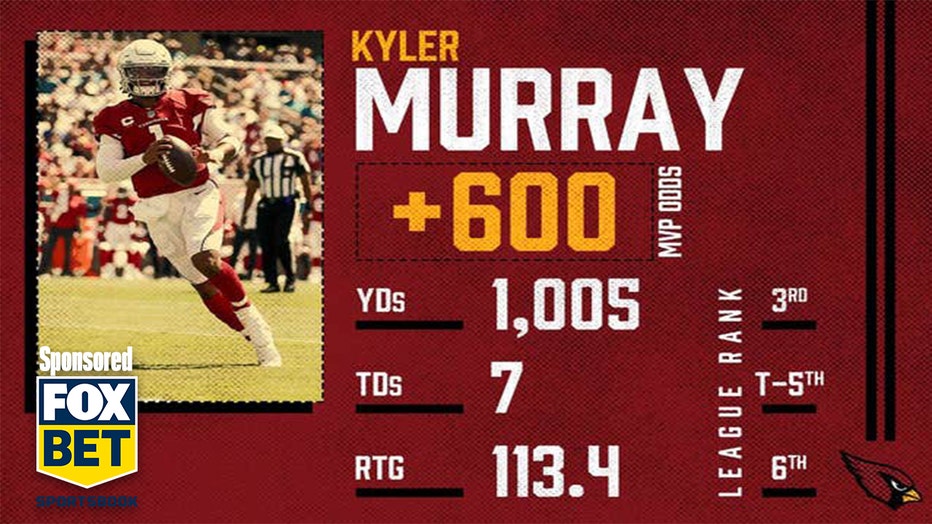 How it's going: The Arizona Cardinals are 3-0, keeping pace in the ultra-competitive NFC West. At the heart of that success is Murray, the 2019 No. 1 overall draft pick. He outdueled the 2021 No. 1 overall pick in Week 3, beating Trevor Lawrence and the Jacksonville Jaguars on the road 31-19. Arizona's defense and rushing attack did a lot of the heavy lifting, but Murray did get in on the act with a rushing touchdown of his own vs. the Jags. He finished 28-for-34 for 316 yards, zero passing TDs and one pick, plus the scamper for a score.

What's up next: The rival Los Angeles Rams await the Cardinals on Sunday, with the lead for the NFC West on the line. Both teams are undefeated so far, and the Rams are riding high after taking down Tom Brady and the Tampa Bay Buccaneers. In four games against the Rams, Murray is 0-4 with an average margin of defeat that is just shy of 14 points. Sean McVay's defense has held Murray to a 58.7% completion percentage for five passing touchdowns, four interceptions, a per-game average of 187 passing yards and a passer rating of 75.8.

What people are saying: "MVP! MVP! MVP! MVP!" ⁠– Cardinals fans to Murray at TIAA Bank Field after the team went to 3-0 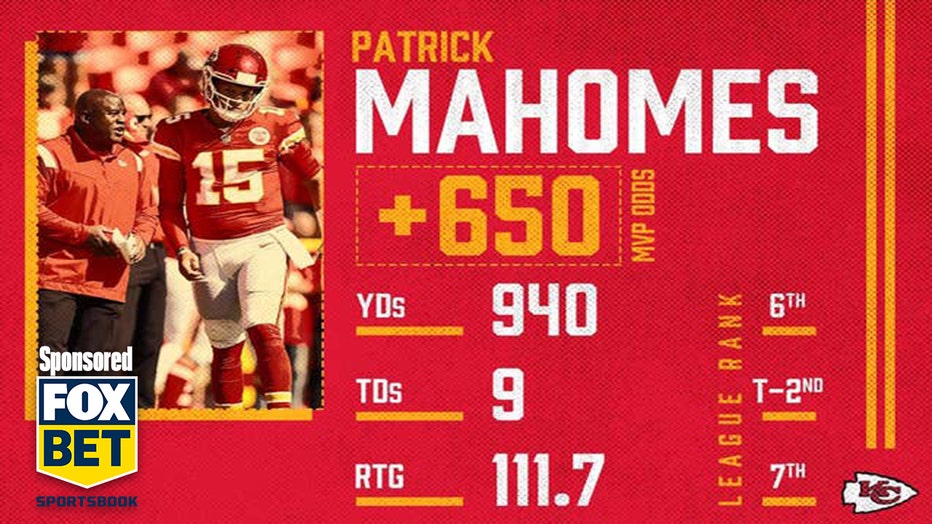 How it's going: For the first time in the Mahomes era, the Kansas City Chiefs are below .500. They're at 1-2 on the season as a result of back-to-back losses against AFC foes in the Baltimore Ravens (36-35 in Week 2) and Los Angeles Chargers (30-24 in Week 3). Mahomes, who hadn't thrown an interception in September in his career prior to the Ravens game, continued to gift-wrap the ball with two interceptions against the Chargers. Even so, he tossed three touchdowns in the loss, so it wasn't a complete dud.

What's up next: The Chiefs will take on the Philadelphia Eagles, who were hammered 41-21 on Monday night by the Dallas Cowboys. Mahomes has yet to face the Eagles in his career, but he has posted a 31-8 lifetime record against the NFC in the regular season. As for head coach Andy Reid – who had a health scare over the weekend but reportedly is set to return to work shortly – he has a 2-0 record against his former team.

What people are saying: "These are bad interceptions that make him more like the sneakerhead who's there for the employee discount rather than the real Patrick Mahomes." ⁠– Kevin Wildes, "First Things First" 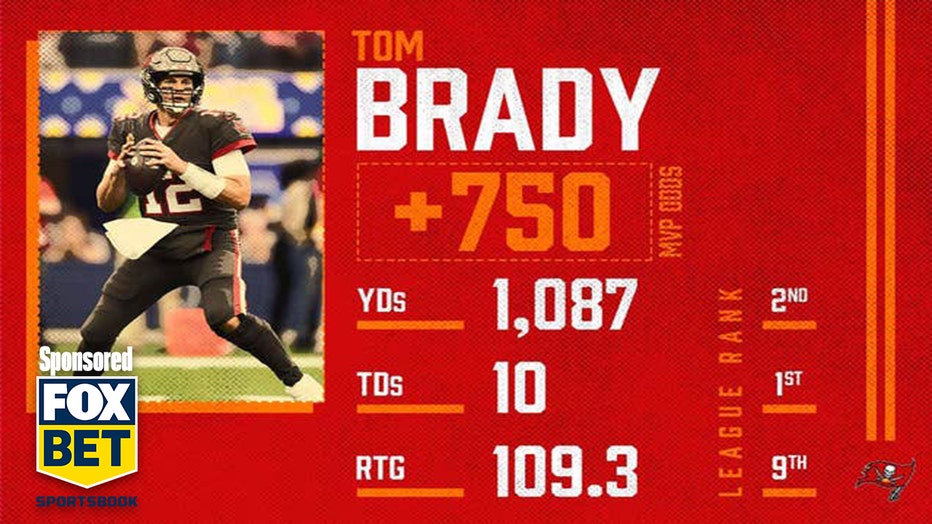 How it's going: The Rams handed Brady and the Tampa Bay Buccaneers their first loss since a Nov. 29 defeat in Week 12 of the 2020 regular season. Brady didn't have a bad game on Sunday, by any means, completing 74.5% of his 51 pass attempts for 432 yards and a touchdown, to go along with a rushing TD. However, Tampa's vaunted defense allowed 34 points in the 34-24 loss and the rushing game was non-existent. With 14 rushing yards on three carries, Brady was the team's leading rusher against the Rams. Not ideal for a 44-year-old signal-caller, no matter how GOAT-y he might be.

What's up next: Bill Belichick and the New England Patriots. That's all you need to hear to know this is one of the most highly anticipated regular-season matchups of all time. If Brady can beat the team where he spent 20 years of his legendary career, he'll have beaten every team in the league. Nope, no hype around this one!

What people are saying: "I might even put the read-option in, the way he's looking. He looks like he's about 25." ⁠– Bucs head coach Bruce Arians on Brady 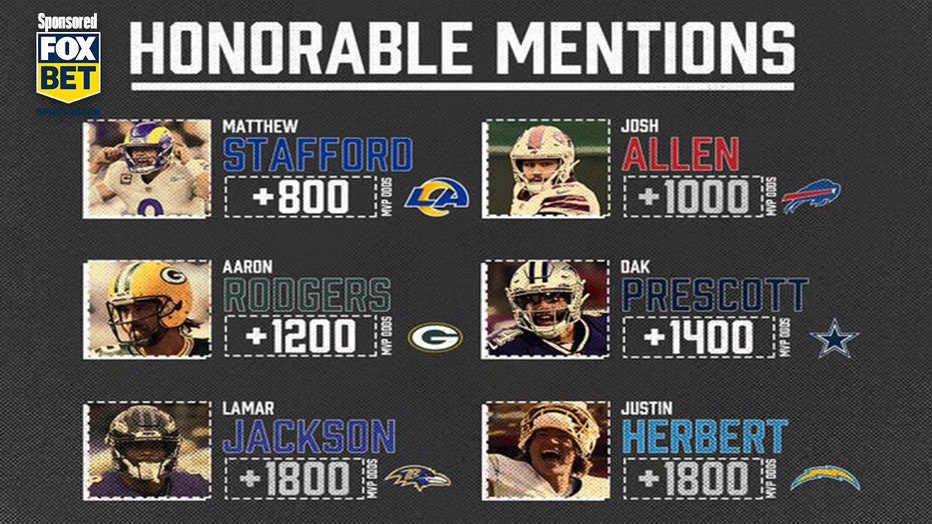