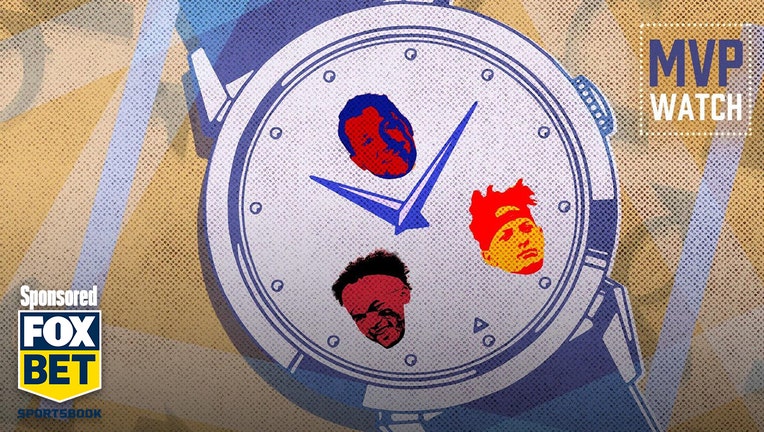 There is no shortage of electric players in the NFL.

Which player is the most fun to watch is certainly up for debate, but you'd have a hard time arguing that the top two MVP favorites aren't also two of the front-runners when it comes to must-see plays.

Here are the MVP favorites, according to FOX Bet's insights, with a breakdown of each candidate's recent play and what's on the horizon (All odds current as of Tuesday morning). 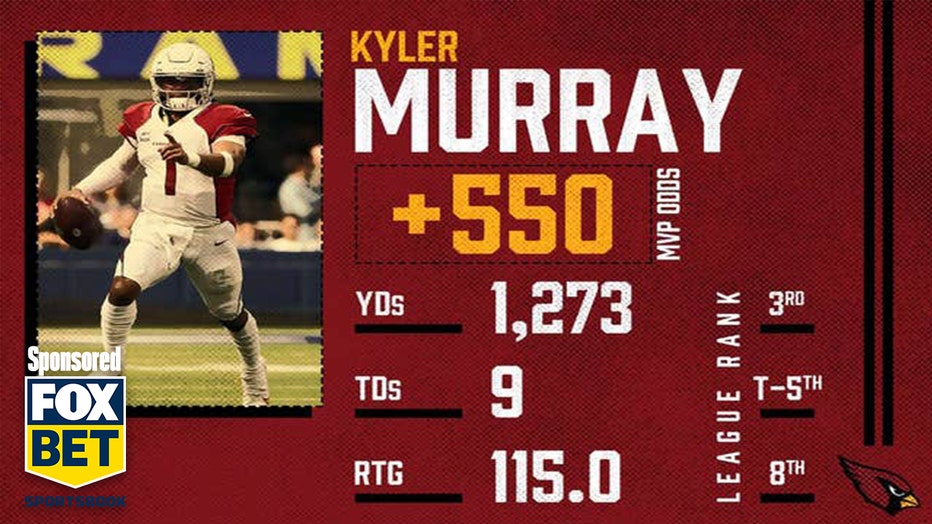 How it's going: The Arizona Cardinals are flying high and sit perched atop the NFC West with a 4-0 record after dismantling the Los Angeles Rams 37-20 on the road in Week 4. Murray gashed Sean McVay's defense, completing 75% of his 32 passes for 268 yards and two touchdown passes. For the season, he is completing 76.1% of his passes, the top mark in the league, and has 12 total touchdowns in four games played.

What's up next: The Cardinals get another dip in the NFC West pool with the San Francisco 49ers coming to town. Murray has a 1-3 record against the Niners in four starts, with seven total TDs (five passing, two rushing) and two interceptions. He has completed 66.7% of his passes against San Francisco for a passer rating of 87.9 in those four games. Defensively, the Cardinals will have to wait and see if Jimmy Garoppolo — who left Sunday's game with a calf injury — or rookie backup QB Trey Lance will be under center.

What people are saying: "I'm all-in on Kyler Murray. He is the MVP right now. I don't think there's any doubt about it." ⁠– Chris Broussard, "First Things First" 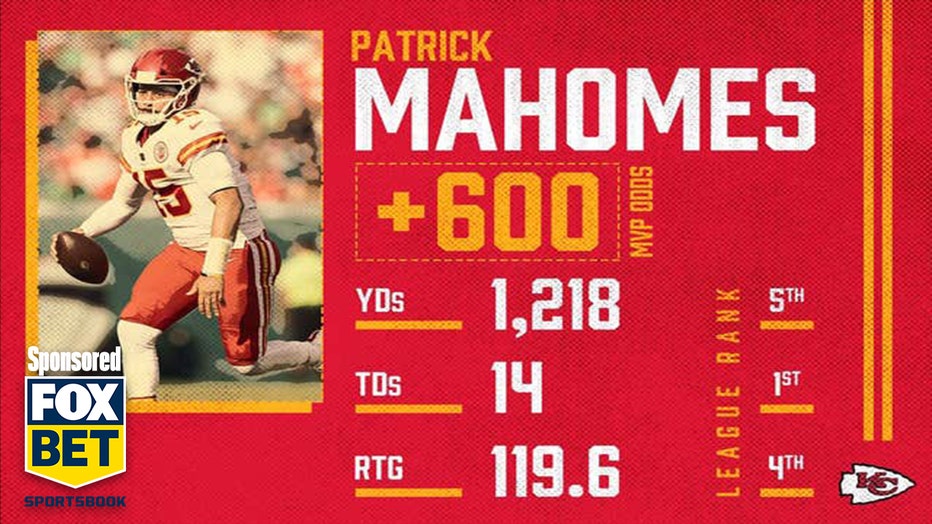 How it's going: After falling to the Los Angeles Chargers in Week 3, Mahomes was back dealing in Week 4, with a 42-30 win against the Philadelphia Eagles. He did have one interception in the game at Philly, but that was easily overshadowed by an 80% completion rate and five touchdowns. The Kansas City Chiefs never punted in the game — nor did the Eagles, who were chasing the Chiefs for most of the contest — with K.C. scoring TDs on six of its seven drives, excluding a kneel-down to end the game.

What's up next: The 3-1 Buffalo Bills await the Chiefs in a mouthwatering Sunday night matchup. Two of the favorites in the AFC, the Chiefs and Bills could very well meet in an AFC Championship rematch this winter. Mahomes has faced the Bills twice in his career, once in the regular season and once in the playoffs, taking home the win in both meetings. When they most recently squared off in January's AFC title game, Mahomes went 29-for-38 for 325 yards, three touchdowns and no interceptions in a 38-24 win.

What people are saying: "We have plenty of room to improve as a team." ⁠– Chiefs head coach Andy Reid 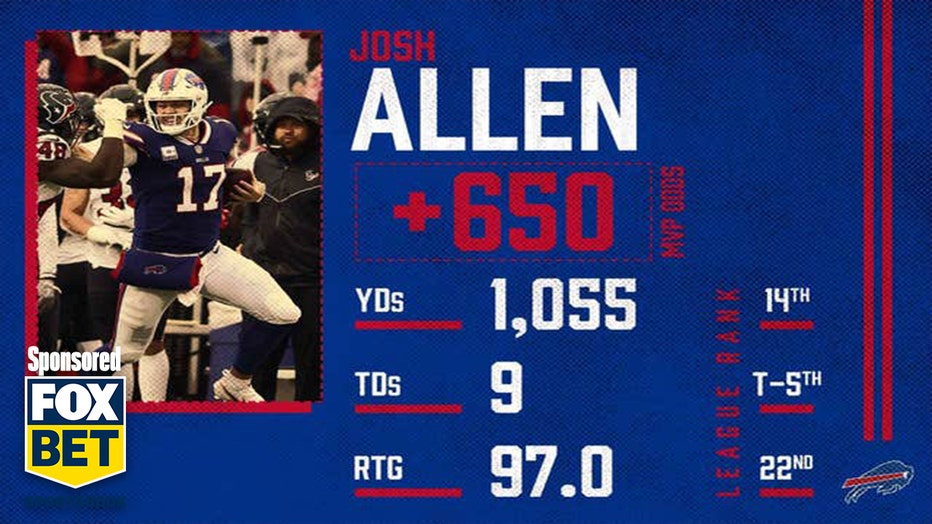 How it's going: After a slow start to the season, Allen has gotten on a roll as the Bills have won three straight. During the winning streak, Allen is completing 65.7% of his passes for 785 yards, eight TDs to just two INTs and a passer rating of 105.5. He's also been sacked only twice in those three games after suffering three in a season-opening loss to Pittsburgh.

What's up next: As just mentioned above, up next is a huge showdown against Mahomes and the Chiefs on Sunday night in a rematch of last season's AFC championship game. In their loss to the Chiefs in January, Allen passed for 287 yards but was sacked four times in the 38-24 defeat.

What people are saying: "I think resiliency is one of the words that comes to my mind." – Allen, when discussing the qualities of his team. 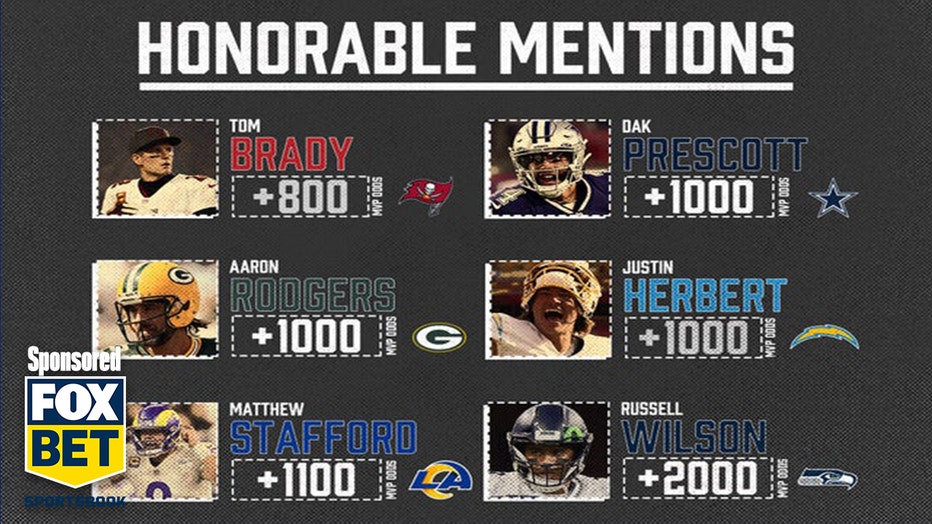