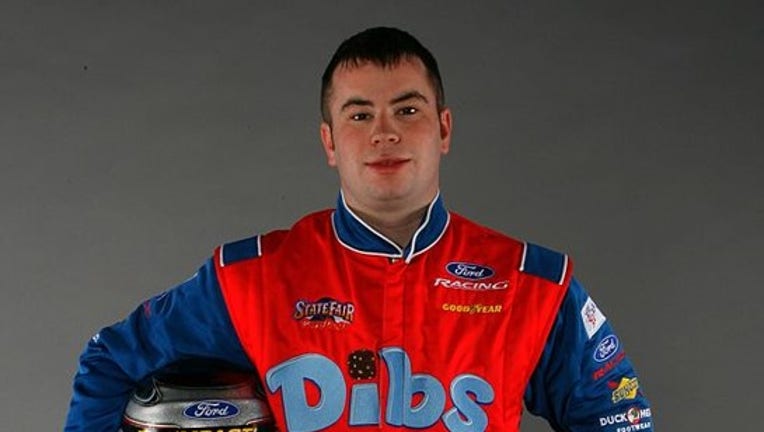 The West County SWAT Team "responded to serve a search/arrest warrant for the suspect" identified as Trent William Millsap, who was in an apartment on the 3300 block of Lincoln Avenue in Anaheim, according to the Westminster Police Department.

"During the service of the search warrant, an officer involved shooting took place," the police department said Friday. "No officers were injured; however, a police K-9 sustained a single gunshot wound that was not life threatening. The Westminster Police Department, along with members of the Orange County District Attorney’s office are currently investigating the shooting."

Millsap had an outstanding parole warrant, and police described him as armed and dangerous in a Thursday statement.

The suspect was accused of fatally stabbing East in the chest at a 76 gas station on Westminster Blvd. in Westminster, California, according to the USAC and police. East was a three-time United States Auto Club (USAC) National Champion driver in USAC Silver Crown and Midgets

Police found the race car driver on the ground suffering from a "serious chest wound" upon arrival and transported him to a nearby trauma center, where he was pronounced dead.

East was born in California and later moved to Brownsburg, Indiana, to pursue his racing career, according to USAC.

"Bobby was an immediate success in his USAC career," the auto club said in its press release. "His first career triumph with the USAC National Midgets in 2001 at Schererville, Indiana’s Illiana Motor Speedway made Bobby the youngest USAC national feature winner ever at the time, at the age of 16.  His three winning performances in 2001 made him the winningest USAC National Midget Rookie in more than a quarter century. Ultimately, he was rewarded as the series’ Rookie of the Year."