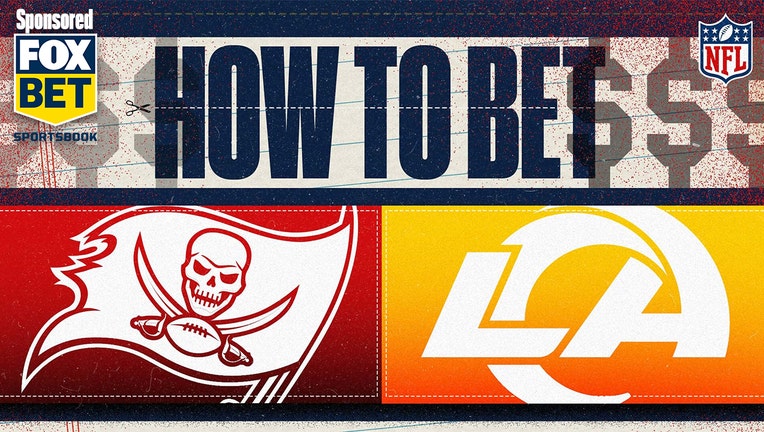 It's America's Game of the Week -- and it might be the single best game to bet on this NFL regular season. Here's why.

What do you get when you combine the top two favorites to win the NFC, one of the greatest quarterbacks of all time, a successful veteran QB in his own right trying to prove how good he's always been, America's Game of the Week, and a razor-thin point spread in a game that could go either direction?

It's the Tampa Bay Buccaneers taking on the Los Angeles Rams in Week 3 – and it could very well be the single best NFL betting opportunity this regular season.

Think about it. It's already the most-bet game of the season, even surpassing the season opener between the Bucs and Cowboys, according to our insights at FOX Bet. EVERYONE is going to be watching this game at 4:25 p.m. ET on FOX. The social media reactions will be flying fast and furious once the game begins. The trash talk will be fierce. Your group chats will light up with dissection and discussion of every single play.

Sunday is also probably the closest you'll get to backing Tom Brady as an underdog this season. In fact, the line opened with the Bucs +.5, before the public came in heavy on Tampa Bay. As of now, Brady & Co. are 1.5-point favorites, a 2-point swing. Otherwise, according to our experts at FOX Bet, the Bucs could be the favorites at kickoff for every single game this season.

Speaking of Brady – love him or hate him, the GOAT is arguably playing at the highest level of his entire career. If you want to ride with him, you're only laying 1.5 points (or betting $10 to win $18.50, if you want to bet on Tampa Bay simply to win outright).

If you want to root against TB12, well, you're now getting 1.5 points, instead of having to bet against Brady as an underdog.

Add it all up, and Sunday afternoon is shaping up as one of the most fun opportunities to place your bets all season long. And in case you're still on the fence, here are the lines and a pick from FOX Sports' Colin Cowherd to help.

Pick via FOX Sports' Colin Cowherd: "I like the Rams here. When you win a Super Bowl and bring everyone back, the concern is always a lack of motivation. The offense, everyone is fine because Brady is Mr. Intense, but, have you noticed that defense? Everyone got paid. Not a lot of urgency, not getting a lot of pass rush.

"I can see Tom watching a lot of this game on the sideline, with the Rams playing ball control. Generally, the Rams offensive line does a good job to protect their QB. I also thought the Rams did not play well last week, even though they won the game. So, I think you are going to see a much tighter ship with the Rams at home.

"I would also bet the OVER. I think there will be a lot of points. It's going to be a wildly competitive game. I love what I'm seeing from Tom's offense and Gronk looks like Gronk of five years ago. Brady is going to move the ball, but I do worry about Tampa's defense."

PICK: Rams (+1.5 at FOX Bet) to cover by tying or winning outright; OVER 56 points scored by both teams combined