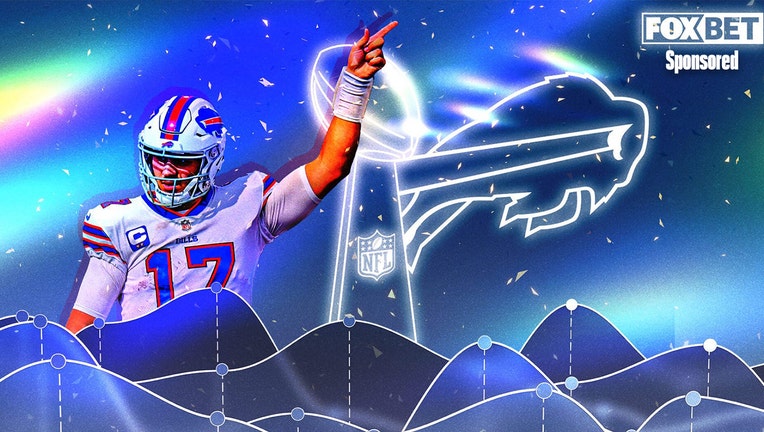 With Week 5 of the NFL season in the books, the contenders to win the Super Bowl are starting to differentiate themselves from the pretenders. One of those front-runners looked dominant in a primetime spot, setting the rest of the league on notice.

In the Sunday Night Football showcase game between the Buffalo Bills and Kansas City Chiefs, Josh Allen & Co. left no doubt as to who the new big dogs in the AFC were.

Buffalo dominated the game from kick-off, defeating Kansas City 38-20. Allen finished with 315 yards and three touchdowns through the air, while adding 59 yards and a score on the ground.

Once the game concluded, the oddsmakers at FOX Bet also took notice, making the Bills the new favorites to win the Super Bowl.

Let’s take a deeper dive into the movers and shakers at FOX Bet.

Before the season started, the Chiefs were the overwhelming favorites to win the Super Bowl at FOX Bet, at +500 (meaning a $10 bet would win you $60 total). With Patrick Mahomes & Co. off to a slow start, their odds have now lengthened to +750.

"We made the move because of how impressive Josh Allen and the Bills were on top of their previous performances," FOX Bet content integration specialist Jacob Blangsted-Barnor said. "In a division that seems to be lacking any competition, they have a clear path to not just the AFC East but to a No. 1 seed that is as valuable as it ever has been."

Point differential, a key statistic when sorting out winning and losing teams, says the Bills are for real as well. Buffalo has a league-leading whopping plus-108 point differential. For reference, the next closest team, undefeated Arizona, comes in at plus-62.

The Chiefs are now in fourth place in the AFC West, two games behind the upstart Los Angeles Chargers. Looking forward, they are effectively three games back from the Bills (tiebreaker), and more importantly, the biggest game of all would now take place in Buffalo.

"If there’s a place you don’t want to go play in January as a road team, Buffalo has to be up there," Blangsted-Barnor explained. "With the Chiefs now sitting at 2-3, they’ve all but given up the chance to have the playoffs run through Kansas City."

While the Bills are on their way up, a few teams are on their way down, most notably the Seattle Seahawks. Seattle is also the biggest faller in the odds, and understandably so, as the team has now lost star quarterback Russell Wilson to injury for the foreseeable future. Seattle's odds to win the Super Bowl have lengthened drastically and now sit at a grim +6000.

Click here for your full NFL odds for Week 6, and check out the all-new "NFL Odds" section on FOXSports.com and the FOX Sports app for everything you need in the sports betting world.

As for who's leading the way for the NFL MVP award, look no further than Sunday night’s star. Allen is now the favorite to win NFL MVP at FOX Bet, sitting at +450. He started the season at +1100 but has catapulted up the odds since Sunday.

With the season being 17 games this year, these odds are sure to remain fluid. But with the road to the Super Bowl presumably going through Buffalo, look for the Bills to stay atop the leaderboard when it comes to the odds of winning the Lombardi trophy.

Ready to place your bets? Sign up at FOX Bet right here!