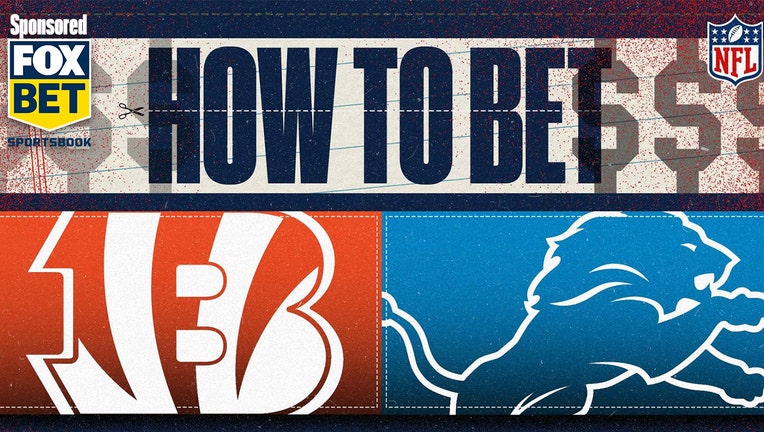 The Detroit Lions hope to end a long losing streak against the Cincinnati Bengals when the teams meet Sunday.

The Lions have lost six in a row against the Bengals. Detroit's last victory over Cincinnati was a 19-13 win on Nov. 22, 1992. The starting quarterbacks that day were Boomer Esiason for the Bengals and Erik Kramer for the Lions.

Cincinnati holds a 9-3 edge in the season series. This will be the first meeting between the teams since Christmas Eve 2017.

"Detroit is a team that led Green Bay at half at Lambeau," FOX Sports' Colin Cowherd said. "This is a team that beat – essentially beat – Baltimore. This is a team that has played very competitive football. They have certain limitations on the back end, but this is one of my favorite plays of the week."

Field goals doomed both team last week. Bengals rookie Evan McPherson missed two attempts in the 25-22 loss in overtime to the Packers, including one in OT he thought was good.

Detroit lost when the Vikings drove down the field and kicked the winning field goal at the end of the regulation as the Lions remain winless.

Bengals quarterback Joe Burrow was hospitalized after the game against the Packers with a possible throat contusion, but was released from the hospital Sunday night.

Burrow did not miss a play against the Packers and went 26-for-38 passing for 281 yards with two touchdowns and two interceptions. Rookie receiver Ja'Marr Chase,caught six passes for 159 yards, including a 70-yard touchdown reception.

The Lions have covered the spread in two of their past three games, against the Vikings and Ravens.

Pick via FOX Sports' Colin Cowherd: "I love Joe Burrow, but you can still get to him. He’s prone, like all young quarterbacks, to mistakes. I like Detroit in this spot. I don’t love betting bad teams, but Detroit is one of those rebuilds – you kind of look at Detroit’s rebuild, and if they can get a corner and a pass rusher, they’re close.

"You just have to remember, Baltimore is a top-five team. Detroit completely outplayed them. That’s a real thing. Their offensive line can give (Jared) Goff time to throw. He makes mistakes, that’s who he is, but I like the Lions as one of my favorite plays of the week."