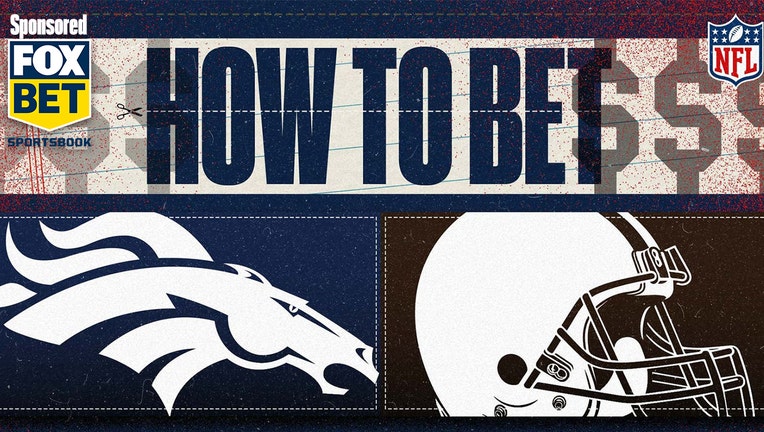 The task for the Cleveland Browns against the Denver Broncos just got more difficult.

Here's everything you need to know about the NFL odds on Thursday's matchup between the Broncos and Browns — the point spread, moneyline, and total over/under (with all NFL odds via FOX Bet).

Cleveland is dealing with multiple injuries as it listed 20 players on Monday's injury report, twice as many as Denver.

The key one is Browns quarterback Baker Mayfield, who was ruled out Wednesday after he aggravated the partially torn labrum Sunday he injured in his left shoulder Sept. 19. Mayfield said the initial injury was a complete tear of the labrum.

Mayfield reportedly was told by team doctors and from a second opinion that he should not play Thursday. He could return as soon as Oct. 31 against the Steelers.

Denver holds a 24-6 record in the all-time series against the Browns, winning 12 of the past 13 contests.

Both teams are coming off home losses. Arizona won at Cleveland 37-14, and the Raiders beat Denver 34-24.

The Browns also have injury issues at running back. Already without Nick Chubb, the Browns lost Kareem Hunt to a leg injury during the fourth quarter Sunday. Chubb has been ruled out of the Broncos game, and Hunt was placed on the injured reserve.

Cleveland activated running back John Kelly to join D'Ernest Johnson and Demetric Felton in the backfield. Johnson has run for 11 yards on three carries, while Felton has caught eight of nine targets for 90 yards and a touchdown.

Also placed on IR was Browns linebacker Jeremiah Owusu-Koramoah, which means he and Hunt will miss at least three games.

Cleveland's Myles Garrett leads the NFL in sacks with 8.0, which could cause problems for Bridgewater in this contest.

The Browns are 7-3 against the spread (ATS) in their past 10 Thursday games.

The over is 4-1 in the Broncos' past five games following a straight-up loss.