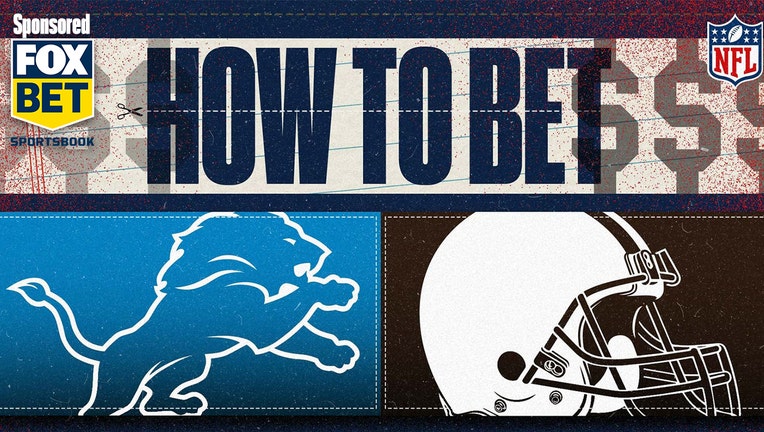 The Detroit Lions are the last NFL team without a win this season, and FOX Sports' Colin Cowherd expects the Cleveland Browns to extend Detroit's misery Sunday.

Here's everything you need to know about the NFL odds on Sunday's matchup between the 0-8-1 Lions and 5-5 Browns – the point spread, moneyline, total over/under and pick from our betting expert (with all NFL odds via FOX Bet).

The Lions are 11-point underdogs against the Browns.

Cowherd said he expects the Browns to snap a four-game losing streak against the Lions. And handily.

"I have taken big favorites four weeks in a row," Cowherd said. "I've won three of them. And this is the best big-favorite bet of the week."

The Lions' best chance to win a game so far this season was against the Pittsburgh Steelers on Nov. 14. Detroit led 16-10 (after missing the extra point) early in the third quarter but Pittsburgh got two field goals to force overtime.

Detroit had a chance to win in overtime but Ryan Santoso – who missed that extra point in the third quarter – was short on a 48-yard field-goal attempt. Santoso was released by the Lions on Tuesday.

Lions quarterback Jared Goff, the top pick in the 2016 NFL Draft by the Los Angeles Rams, suffered an oblique strain during the game against the Steelers.

Goff was 14-for-25 passing for 114 yards and was sacked four times by Pittsburgh.

Cleveland's Baker Mayfield, the No. 1 pick in 2018, has also had injury issues this season.

Mayfield, playing through a torn labrum and fracture in his left shoulder, a sore left foot and a cut on his left knee, was noticeably limping after suffering a bruised right knee against the New England Patriots on Nov. 14.

The Lions lead the all-time series against the Browns 19-5, with games dating back to 1952.

Despite being winless, the Lions have five wins against the spread (ATS) this season.

The Lions have hit the over in the over/under three times in nine games this season.

The Browns are 5-5 ATS this season.

The Browns have yet to cover the spread this season when favored by 10 points or more.

The Browns have hit the over six times in 10 games this season.

FOX Sports' Colin Cowherd "The Lions' reluctance to throw the ball in the fourth quarter and overtime, it really tells you what the coaching staff thinks about Jared Goff. I like Cleveland big. The Browns are very interesting because Baker Mayfield, after 54 starts, is 27-27. His passer rating (95.7) is below Teddy Bridgewater's (98.8).

"And that is with an elite offensive line and above-average, albeit injured, running backs. He can't lose this game. I like the Browns to crush the Lions."