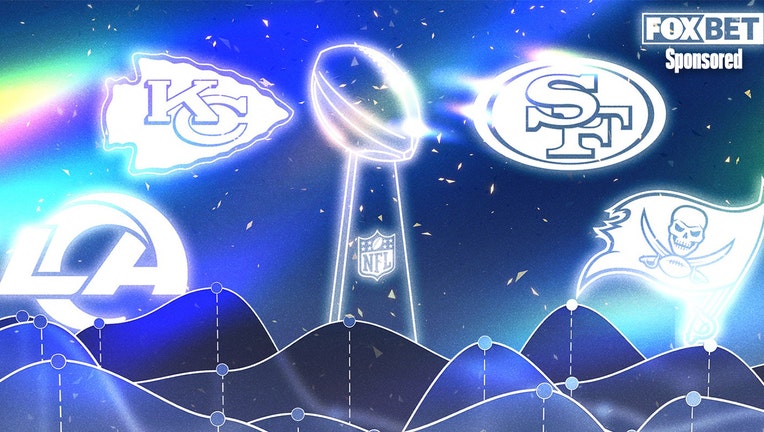 Super Bowl odds are on the move, and Tom Brady and the Bucs are back on top despite a Week 3 loss to the Rams.

With Week 3 of the NFL season winding down, we can start to formulate who the front-runners are going to be to win the Super Bowl. And, now that oddsmakers have three weeks under their belt, sportsbooks have started to adjust their Super Bowl odds.

Let’s look at the updated odds and dive into the movers and shakers at FOX Bet.

Before the season started, the Kansas City Chiefs were the overwhelming favorites to win the Super Bowl at FOX Bet, at +500 (meaning a $10 bet would win you $60 total). With Mahomes & Co. off to a slow, 1-2 start, however, their odds have lengthened just slightly to +600.

Tom Brady and the Tampa Bay Buccaneers, who started the year at +650 to win it all, are now the co-favorites in the odds, despite losing to the Los Angeles Rams in Week 3. TB12's squad also currently sits at +600 to win it all (bet $10 to win $70 total).

Even though neither participant from last year’s Super Bowl looked dominant in Week 3, oddsmakers haven’t seen enough to overreact.

"While both teams lost last week, Tampa Bay still managed to gain from the Kansas City loss to become co-favorites," FOX Bet content integration specialist Jacob Blangsted-Barnor said. "This really comes down to the Bucs’ easy schedule compared to a team like the Rams, who sit in the competitive NFC West.

"There is still a clear path for the Bucs to get that highly valuable first-round bye."

As for the Chiefs?

"While Kansas City sits at 1-2, it’s tough to look at the two losses and determine that this is a team that can’t win in January/February," Blangsted-Barnor replied.

"Don't bet against Tom Brady," Schwartz said. "Last season the Bucs lost to the Saints twice, both times it wasn't pretty. They lost to the Chiefs at home. And when the playoffs came the Bucs looked like a different team. While the Rams deserve the praise after winning on Sunday, the Bucs will still be a tough out in the playoffs."

Besides being the favorite across the board at multiple sportsbooks, the Buccaneers have also become a huge liability on their ledgers. A couple of other teams also are in the mix, given the FOX Bet markets.

"The Eagles are our biggest liability, no shock with the Philadelphia heavy fan base," Blangsted-Barnor said. "Then there’s Tampa Bay due to the Tom Brady Effect, and the fact they won in February.

"Denver is also not far behind with the majority of those dollars wagered when there were Rodgers rumors."

While those aforementioned teams are the biggest risers after three weeks, the Pittsburgh Steelers were the biggest faller. The Steelers opened the year as +4000 to win the Super Bowl at FOX Bet.

But, after Ben Roethlisberger showed his age in Week 2, Pittsburgh now sits at 1-2 in a very competitive AFC North division, and their odds to hoist the trophy have lengthened considerably to +7500.

The other team to mention in this section would be the Seattle Seahawks, whose defense once again looks like it is going to let them down. The Hawks dropped from +1800 to +3000 in just a week. And, with the NFC West looking stacked with teams three potential Super Bowl contenders in the Rams, 49ers, and Cardinals, this might be a long season for Russell Wilson and the squad.

With a 17-game season this year, there’s still a lot of football left to be played. And, while injuries play a big part in who will end up winning the Lombardi trophy, it’s never too early for a gambler to start moving teams up and down their list.