The Spartans (5-0) have won their first five games for the first time since starting 8-0 in 2015, when they ended up earning a spot in the College Football Playoff.

The Hilltoppers (1-3) moved the ball through the air effectively, but settled for three field goals in the first half and struggled to stop Michigan State until the second half when it was too late.

Reed returned a punt 88 yards for a touchdown and had 46-yard reception for another score in the first quarter, helping the Spartans take a 21-10 lead.

Walker ran for his second and third scores in the second quarter, putting Michigan State ahead 42-16. He finished with 126 yards rushing, a week after being held to 61 yards in an overtime win over Nebraska. 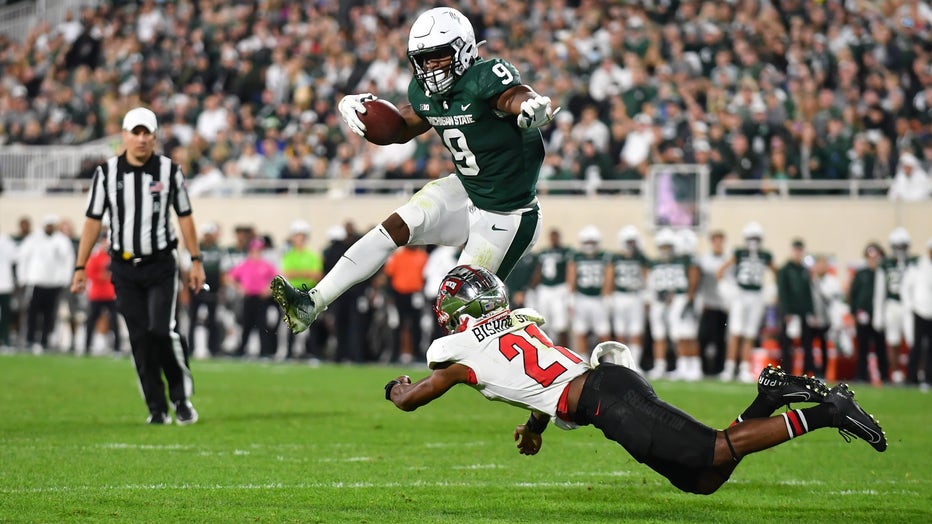 Payton Thorne was 20 of 30 for a career-high 327 yards yards and a touchdown for the Spartans.

Bailey Zappe, who was 46 of 64 for a career-high 488 yards, threw two touchdown passes early in the fourth quarter to pull Western Kentucky within two touchdowns.

Jerreth Sterns set career highs with 17 catches for 186 yards and had a touchdown reception for the Hilltoppers.

Western Kentucky: The Hilltoppers can throw the ball effectively, but their defense has been a weakness that has been tough to overcome. They allowed an average of 35.5 points in the previously two games and gave up more than that in the first half alone at Michigan State.

Michigan State: The Spartans have work to do with their pass defense. Zappe, who ranks among the nation's leaders in passing, was able to make throws all over the field against linebackers and defensive backs that often seemed out of position.

Michigan State's 42 points in the first half trailed just the 49 points it scored over the first two quarters in 2014 against Eastern Michigan and the 45 scored in 2017 against Alabama-Birmingham.

Michigan State linebacker Cal Haladay was ejected early in the fourth quarter for a hit on receiver Jerreth Sterns. Haladay will miss the first half of next week's game against Rutgers.

Michigan State has a chance to move up some in the

Western Kentucky: Hosts UTSA (5-0) on Oct. 9, the Hilltoppers' first home game since Sept. 2 when Zappe passed for 424 yards and seven touchdowns in a 59-21 win over UT Martin in their opener.

Michigan State: Plays at Rutgers (3-2, 0-2) on Oct. 9, the first of two straight road games before playing a highly anticipated game against archrival and 14th-ranked Michigan at home on Oct. 30.