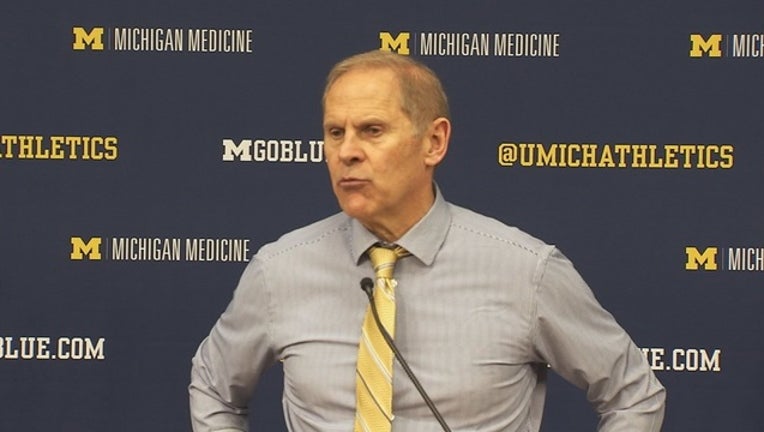 LINCOLN, Neb. (AP) - Nebraska got some long-awaited payback against No. 23 Michigan.

James Palmer Jr. scored 19 points, Isaiah Roby had a career-high 14 and the Cornhuskers beat the Wolverines 72-52 on Thursday night for their first win in the series since joining the Big Ten.

They also avenged last year's 93-57 loss to Michigan - their worst in Lincoln in program history - and handed the Wolverines their most lopsided Big Ten loss in five years.

Michigan (16-5, 5-3), which had won nine of its last 10, suffered its most lopsided defeat since losing by 24 points at SMU in December 2015 and its worst against a Big Ten opponent since a 23-point loss to Michigan State in February 2013.

"This is a great lesson in humility against a great team," Michigan coach John Beilein said. "This is the way the league is going to be all year long. If you're fortunate enough to keep winning, the crowds are going to get bigger and bigger and you're going to get everybody's best shot. We certainly got Nebraska's best shot."

Charles Matthews had 15 points for the Wolverines, who shot 37.5 percent from the floor and a season-low 22.2 percent (4 of 18) on 3-pointers. Their 52 points were their fewest this season.

The Wolverines had come in 8-0 against the Huskers since Nebraska joined the Big Ten in 2011-12, and they had won 10 straight in the series.

Last March, Michigan set the Pinnacle Bank Arena record for points by an opponent and matched the arena record with 14 made 3-pointers.

Nebraska was in total control this time.

Wagner, who scored 27 points last Saturday against Michigan State and had reached double figures in all but two games, finished with a season-low two points, his only basket coming on a dunk early in the second half.

Isaac Copeland gave himself and teammates an 'A' for their defensive effort.

"We take pride in it," he said. "A good team like that, we want to lock them up and win the game."

Roby had two dunks and another basket during an 18-4 run that turned Nebraska's 12-10 deficit into a 28-16 lead. The Wolverines went scoreless for more than 6 minutes and without a field goal for 7½ as the Huskers broke things open. The Wolverines missed 14 of their last 16 shots of the half.

"That was really good," Miles said of his team's defense. "It shows what they're capable of."

Michigan: Though the Wolverines have owned Nebraska, Pinnacle Bank Arena is a tough place to play, and they might have been out of gas after an emotional win over Michigan State and having to rally to beat Maryland 68-67 on Monday.

Nebraska: This was a crucial win for a team that has hopes of returning to the NCAA Tournament for the first time since 2014. Michigan came into the game No. 30 in the RPI; no other opponent Nebraska has beaten is in the top 50. Another big opportunity comes Monday when the Huskers visit Ohio State (No. 18 RPI).

Tshimanga, the Huskers' 6-foot-11 center, missed the previous two games for personal reasons. He entered the game in the middle of the first half, and the first time he touched the ball, he passed to Roby for a dunk. He had three rebounds and an assist in seven minutes. Tshimanga had started the first 18 games.

"I was happy for him," Miles said. "This was just a difficult personal thing for him. He feels pressure to please people and to do well, and I think it was one of those moments when you get a tipping point and the pressure explodes, and I'm glad we got it ironed out."