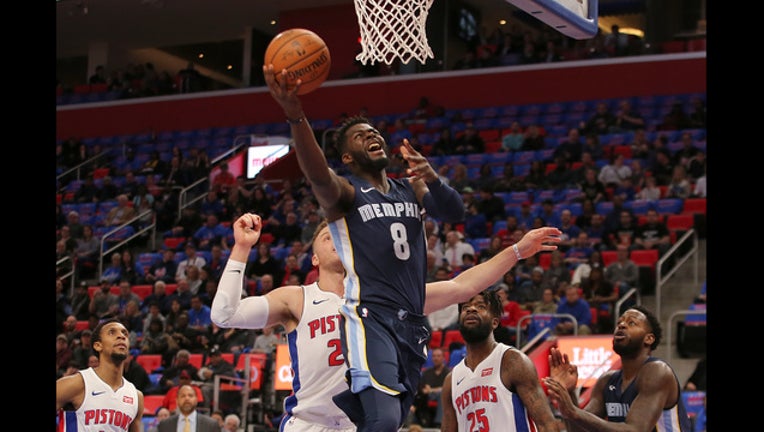 DETROIT, MI - FEBRUARY 1: James Ennis III #8 of the Memphis Grizzlies drives the ball to the basket as Blake Griffin #23 of the Detroit Pistons defends during the first quarter of the game at Little Caesars Arena. (Photo by Leon Halip/Getty Images)

DETROIT (AP) - The Detroit Pistons and Memphis Grizzlies have agreed to a trade sending James Ennis to the Pistons for Brice Johnson and a 2022 second-round draft pick.

Detroit also acquired Jameer Nelson from Chicago on Thursday. It's been a busy couple of weeks for the Pistons, who landed star forward Blake Griffin last week in a trade with the Los Angeles Clippers.

Detroit acquired Johnson and Willie Reed in that deal along with Griffin, but now the Pistons are moving on without Reed and Johnson. Reed was traded in the deal for Nelson.